Pepper Fluke and Stephen Barefoot created the Connie and Monte Moses Fund at Triangle Community Foundation to support local projects in the performing and literary arts, cinema and filmmaking, and historic preservation.

The art of giving
The Carolina Theatre in downtown Durham is a mecca for culture, a catalyst for community, an engine for growth, and a crossroads for past, present and future. After closing in 1988 for renovations, and reopening in 1994, the historic theater has attracted big-name performing artists, as well as emerging voices, and helped kickstart and fuel downtown’s cultural and economic renaissance.

The vision for saving and restoring the theater has inspired a large and eclectic cast of players performing widely diverse roles.

Pepper Fluke and Stephen Barefoot, two of those players, traveled different paths to the Carolina Theatre, but they share a passion for the arts and a bond with the late Connie and Monte Moses, the couple who spearheaded the theater’s revival.

In 2006, to help provide continuing support for the arts in Durham and to serve as an enduring legacy to the Moseses, Fluke and Barefoot created the Connie and Monte Moses Fund at Triangle Community Foundation.

The Carolina Theatre “would fulfill all their hopes and dreams,” says Fluke, 85, a Durham potter who volunteered for years on the restoration work.

Barefoot, 68, who met Fluke while he was serving as the Theatre’s managing director from 1985 to 1988, says the facility—built in 1926 as the Durham Auditorium—now has a quickening “pulse” driven by a “phenomenal variety” of programming.

Baton-twirling champion
Born and raised in Ridgewood, N.J., Fluke learned from her parents that “you do things for other people, and you don’t necessarily do it for what you’re going to get from it but because you’re going to share your talents.”

Her father taught science at Eastside High School in Patterson, N.J, and created the marching band there. A member of the U.S. fencing team that competed in the 1920 Olympics in Antwerp, Belgium, and a college champion at swinging “Indian clubs,” he taught her both skills.

Her mother, a dietician, taught European immigrants how to run an American house so they could get housekeeping jobs.

“My parents were school teachers and there were no extra dollars for anything,” Fluke says. “I learned from them that you share what you have with your community.”

In 1939, at age nine, she accompanied her father’s marching band and majorettes to the World’s Fair in New York City and won the gold trophy in the national juvenile championships for baton twirling.

Guided by her parents to the sciences “because it was the only way a woman would be able to make a living,” she says, she majored in biology at Cornell but found no organized team for a woman who could fence or swing an Indian club, although she practiced with the men’s fencing team and traveled to Dallas and Chicago in compete in Indian club competitions.

In 1952, after graduating from Cornell, Fluke got a job in the pathology department in the research center at Brookhaven National Laboratory on Long Island that was looking for peaceful uses for atomic energy.

While at Brookhaven, she met her future husband, Donald Fluke, who spent most of his career as a professor of radiation biology, including job at a research center associated with the University of California at Berkeley and eventually at Duke.

The couple share a love for community theater and got involved with a local theater group on Long Island that had been started by Connie and Monte Moses. After the Flukes moved to Durham in the late 1950s, they helped persuade Monte Moses to take a faculty job at Duke.
The Flukes have two children—a son who is retired from IBM and lives in Oxford, N.C. and a daughter who is a veterinarian in Charlotte.

Fluke became a potter after spending a year in The Netherlands and falling in love with Dutch art while her husband was on sabbatical there. When the couple returned to Durham, she enrolled in a new women’s program at Duke and took four art classes. She then found her calling at a potter’s wheel and continues to makes functional items like bowls, pitchers and mugs.

Fluke, who lives in Durham with her husband, 91, says creative people inspire her.
“I just love creative people,” she says. “I love being around them. I love helping them and the ideas that get generated.”

Swine-breeding arts impresario
Barefoot was born at the old Mary Elizabeth Hospital in Raleigh and raised in Johnston County on his family’s farm. His father grew tobacco and corn, raised pigs, and also worked for the county’s Soil Conservation Service. His mother was a homemaker. As a child, he took piano lessons, a pursuit he says led to his lifelong passion for the arts.

He learned from his parents “to treat people fairly, to work hard, to be a part of a community, to be a good neighbor, whether the person lived next door or not,” Barefoot says.

While he was the state 4-H swine champion at age 12 or 13—his father helped him raise a pig and taught him how to keep records on her litter of 16 piglets—he knew early on that he “wanted to be anything but a farmer” and was “inclined to either music or journalism.”

Barefoot majored in journalism at the University of North Carolina at Chapel Hill, then spent three years as a U.S Peace Corps volunteer in East Africa. He has devoted most of his career to performing arts production, presenting and administration.
After serving as director of public relations for The Experiment in International Living in Putney and Brattleboro, Vt., and as director of marketing for A Southern Season in Chapel Hill, he was owner and operator of Stephen’s After All, a Chapel Hill club where he first met Connie and Monte Moses.

He then served as managing director of the Carolina Theatre for three years and as executive director of Brightleaf Music Workshop at Duke for six years before founding goingbarefoot in 1994. The firm provided arts project management services and customized entertainment planning, design and production for commemorative events.

Barefoot, who has lived in Durham since 1978, partially retired this summer but his agency still represents a handful of national touring performing artists.

What inspires him is the “interaction between artists and audiences, seeing how the arts enable an individual to respond to his inner soul,” he says. “It frees one to follow his passions.”

Genesis of a restoration
When the Washington Duke Hotel, which opened in downtown Durham 50 years earlier, was imploded on December 14, 1975, Connie Moses was watching and vowed publicly “that would not happen to the Carolina Theater in her lifetime,” Fluke says.

Barefoot says the Carolina once was among roughly 12 “legitimate theaters” downtown, but all but the Carolina had disappeared or been torn down.

“The Carolina was the last one standing when the Moseses came to town,” he says, “and it was really their passion to keep that building from being demolished.”

Monte Moses formed a nonprofit, Carolina Cinema Corp., and persuaded city officials to lease the theater to the nonprofit, which would manage it while plans were made to restore the building.

Fluke says she learned how to be a volunteer from Connie Moses at the community theater in Brookhaven, N.Y, and then spent countless hours volunteering on the restoration of the Carolina Theatre, where Connie Moses, a milliner, oversaw a crew of over 200 volunteers who restored the building’s ballroom.

Thriving in Durham
Fluke and Barefoot have seen Durham revive and flourish since they moved to the city—Fluke in the 1950s, and Barefoot in the 1970s.

“I used to be able to drive downtown at 5 o’clock if I had an appointment or class,” says Fluke, who has lived for 50 years in the same house she and her husband built in Duke Forest right after it opened and was “just a wood.”

Now, she says, “it’s almost impossible because there are so many places. People are driving downtown to eat and be entertained.”

As a potter who loves the arts, she says, she enjoys Durham’s thriving arts community, where she can visit groups like Manbites Dog Theater or a diverse mix of shops, restaurants and food trucks on Foster Street.

In November, she was one of 18 local potters featured on a tour of studios.

“It’s a wonderful energetic community with many different facets,” she says of the Triangle and Durham.

“The Triangle is just a fabulously rich community in which to live due to the diversity of communities and opportunities, Durham especially,” he says.

When he was managing director of the Carolina Theater 30 years ago, he says, only one person—Tim Walker, known as “the leather worker”—was officially a resident of downtown. Now downtown housing is an important engine in the area’s economic and cultural boom, he says.

Legacy for the arts
In the 1980s, Barefoot served on a volunteer committee that reviewed funding requests from arts groups to Triangle Community Foundation. So when he and Fluke were looking for a way to create a fund to honor the legacy of Connie and Monte Moses, they created a donor advised fund at the Foundation.

To seed the new fund, Barefoot and Fluke assembled a “Circle of Friends,” a group of nearly 200 people who made contributions. The fund also received money remaining in a memorial fund from the defunct Carolina Cinema Corp. that had been established after the death of one of its managers.

The Connie and Monte Moses Fund was created to support local projects in the performing and literary arts, cinema and filmmaking, and historic preservation, Fluke says.

“The Carolina Theatre being there has made all those interesting presentations come alive in this community,” she says.

“That’s what Connie and Monte worked for,” he says. “They would be so excited to see that building.”

NOTE: This story is reprinted with the permission of the Triangle Community Foundation. For additional stories, please visit their website. 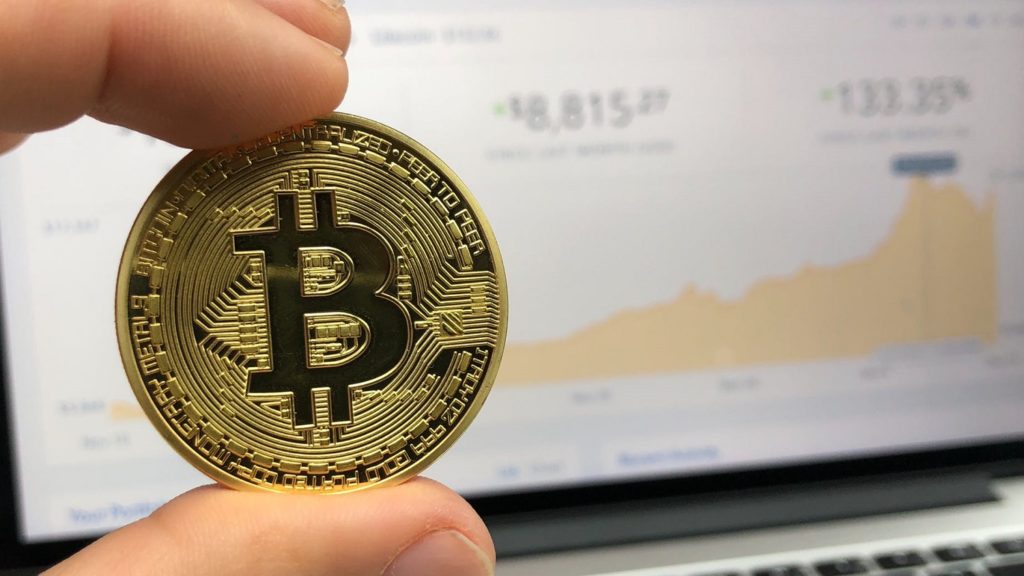 Bitcoin: Fundraising for the Future

As the use of Bitcoin and cryptocurrency in general continues to grow, it’s critical that organizations understand best practices of accepting donations in virtual currency. 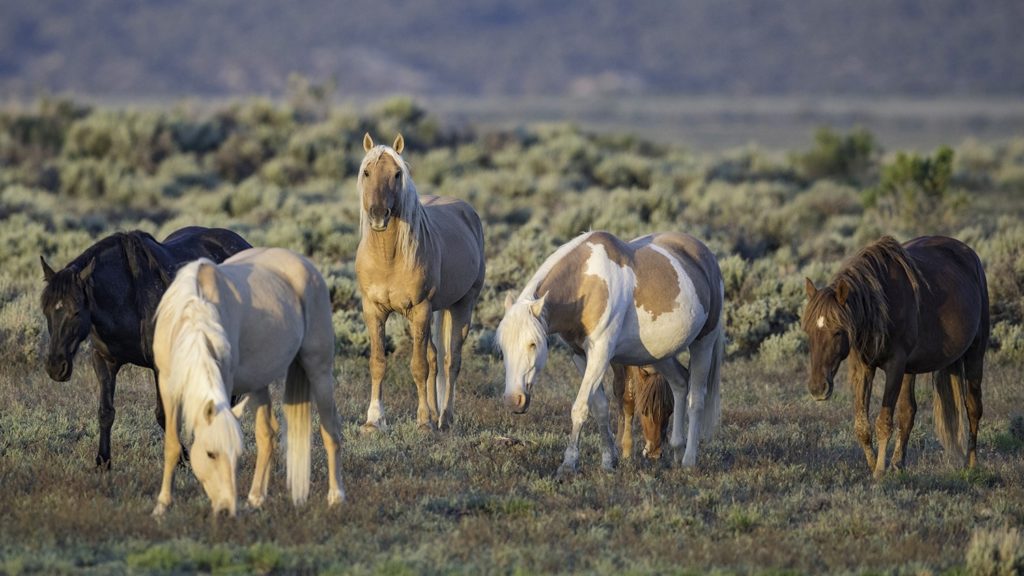 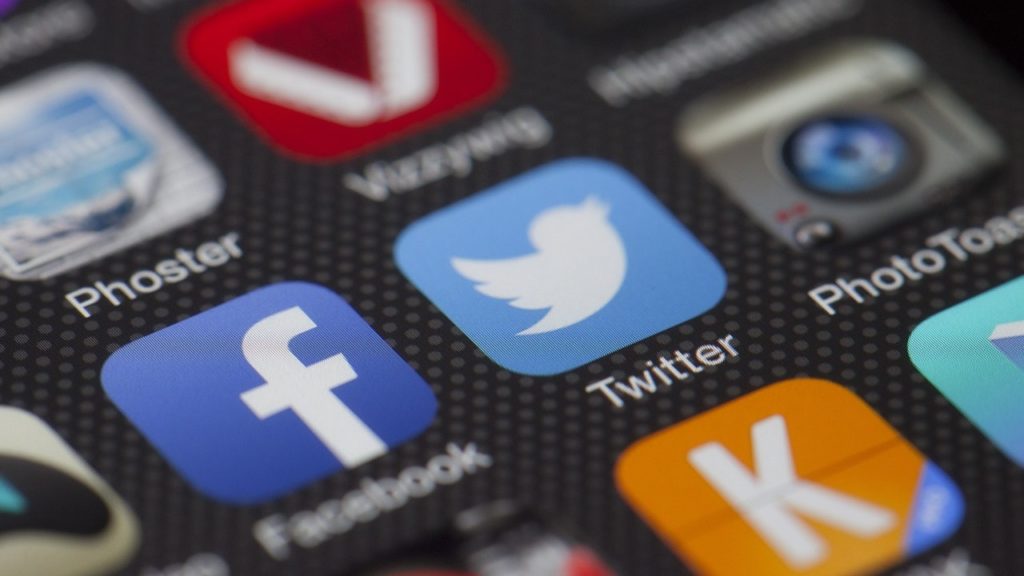 3 Reasons Why You Should Try Social Fundraising This Holiday Season

Get out there this holiday season and make sure social fundraising is a part of your mix. You’ve got nothing to lose and a whole lot to gain.