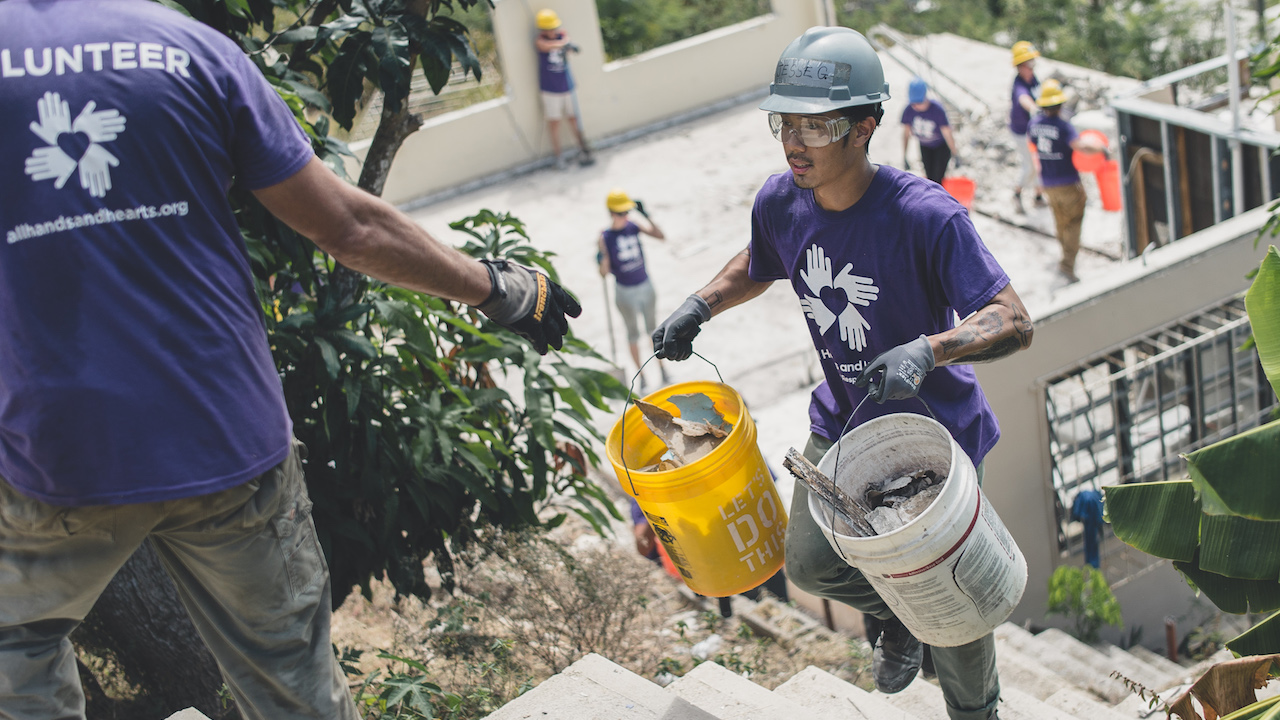 When the Boxing Day Tsunami hit Thailand in 2004, David Campbell knew he wanted to help, he just wasn’t sure how. With a long career as a leader in the technology sector, Campbell had a hunch that if he could get to the affected areas, he could use the internet to share the stories of those in need and gather funds for relief. What he didn’t count on, was how many people would hop on a plane to join him. As Campbell began sharing stories from the coastal village where he traveled to help, first dozens, and eventually hundreds of volunteers started showing up to lend a hand.

“In the humanitarian space, SUV stands for spontaneous unaffiliated volunteer” Campbell says. “Most organizations tell them to stay home and send money. Well, we didn’t have an organization, so people just kept coming and we organized them and fed them and took on various tasks in that community, eventually spreading down the coast to a couple other communities. It was very productive and satisfying for everybody involved.”

Despite this success, Campbell thought at the time it would be a one-off experience. But when Katrina hit the US the following year, he knew the model he had discovered in Thailand could help communities on the Gulf Coast. Through a combination of his connections in the business world and relationships he had developed through his work in Thailand, Campbell founded a nonprofit called All Hands Volunteers, and set up a base just down the coast from New Orleans in Biloxi, Mississippi.

In the following months, over 1500 volunteers joined the project, helping to rebuild homes in and around Biloxi, which had suffered damage similar to that in New Orleans yet received far less press coverage. Over the next five years, the organization participated in similar recovery efforts around the world in Peru, The Philippines, Indonesia and Bangladesh.

In each of these locations, All Hands first set up a website to share the story of a community in need. Campbell’s background in the technology sector was instrumental in creating a web presence that connected willing volunteers with communities hit by disaster. Using search engine optimization techniques, the organization made sure they would be among the top results when people searched for a way to help. “We just knew there were going to be people going to Google and searching ‘volunteer Katrina’ and we made sure our site would be one of the first to pop up” Campbell says. “And we posted information, photos and stories so people could see what we’re about.  You can apply online and get an immediate response and we don’t charge people anything to volunteer, which is unusual. So people who are inclined to help find us to be a very receptive organization.”

Over the past decade, All Hands’ international efforts have evolved to focus on rebuilding schools, which can become a symbol of hope for disaster-stricken communities. Their model mixes new volunteers with seasoned professionals and a small permanent staff to organize relief projects. They also hire workers from the communities they serve to assist in the effort, upgrading these workers’ skills by training them to build disaster-resistant homes and schools.

Another important part of the All Hands model is structuring the response to fit each community’s specific needs. “That’s why we’re building schools in Nepal and replacing roofs in Puerto Rico” Campbell says. “Listening to the community is an important skill for us.” To date, All Hands has completed almost 100 projects, with help from over 50,000 volunteers, and their network continues to grow. Just last year, All Hands merged with another relief organization, the Happy Hearts Fund, to form All Hands and Hearts — Smart Response. Happy Hearts was founded by supermodel Petra Nemcova in 2005. Like Campbell, Nemcova founded her organization after the tsunami in Thailand. Nemcova herself was a victim of the storm, losing her fiance´ in the disaster and barely escaping with her life. She founded the Happy Hearts fund as a way to use her international celebrity to gather funds to help communities struck by natural disasters. Her organization used these funds to hire contractors to assist in rebuilding efforts. Today, she still engages in these fundraising efforts, but through this recent merger, the funds help establish volunteer projects based on the All Hands model, rebuilding schools around the world.

Now stronger than ever, the new organization focuses on delivering a “Smart Response” to communities in need. A smart response involves listening to the community, organizing volunteers, and rebuilding homes, schools and community infrastructures to be stronger than they were before a disaster. In order to deliver this response, the organization creates a sustained presence in the communities they serve.

“We come early and stay late”, says Campbell. “It’s helpful for the community to know that, after the media has moved on, there is an organization that is going to stay there for an extended period of time, helping them.”

All Hands and Hearts — Smart Response bring hope to communities around the world by building not just schools and homes, but relationships. They use the power of technology to connect willing volunteers with those in need, transforming goodwill, ingenuity and hard labor into stronger, more resilient communities in the process.

David Mueller is a graduate student in the Master’s in Technical Communication program at NC State University. 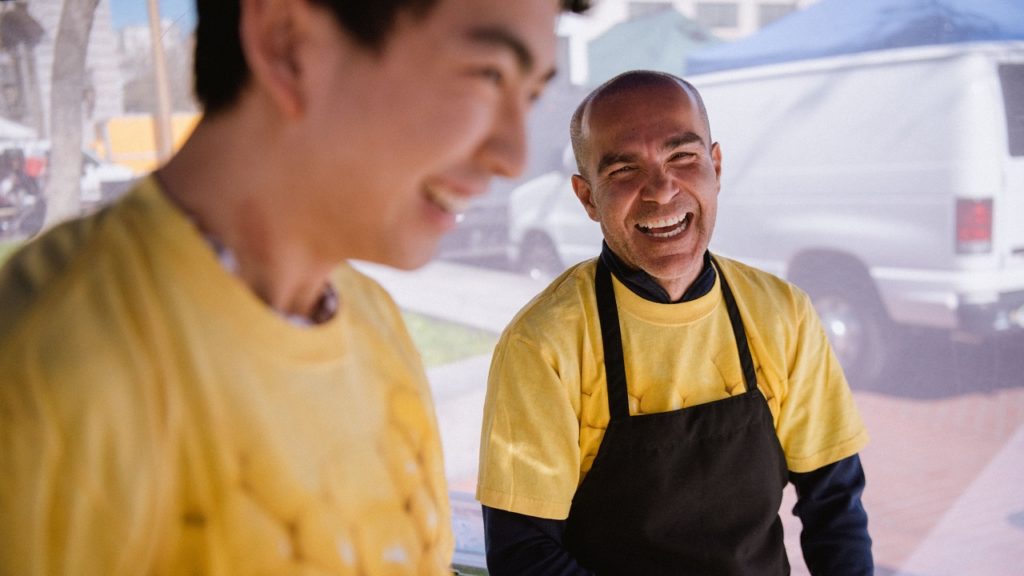 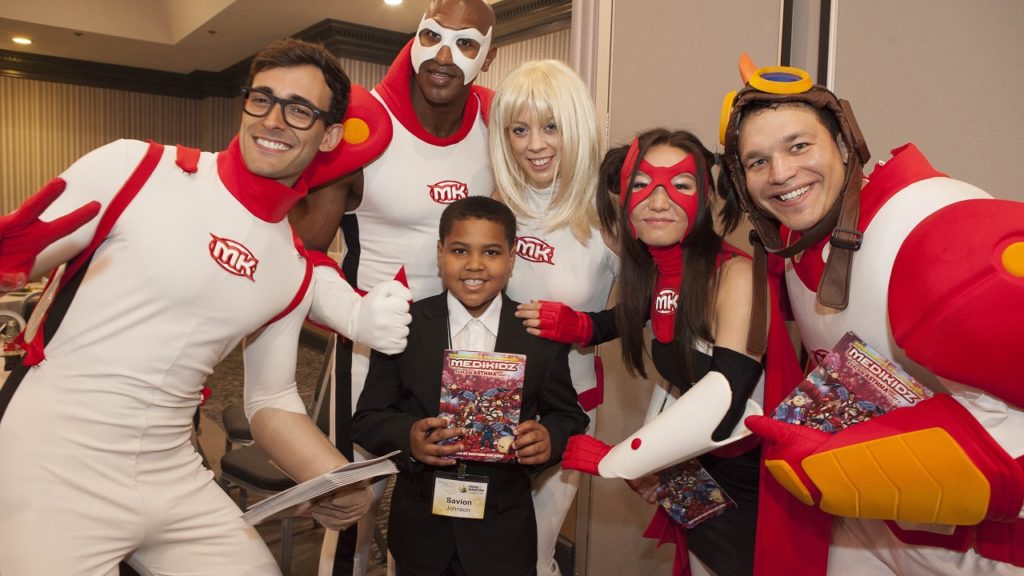 An Interdisciplinary Approach to Patient Care

The Allergy & Asthma Network’s success stems from their interdisciplinary approach to patient care. Each of their four focus areas and their related programs bring different stakeholders together to benefit allergy and asthma patients.