In the aftermath of Russia's invasion of Ukraine, the fog of war is extending to those who are trying to help the beleaguered Ukrainians. 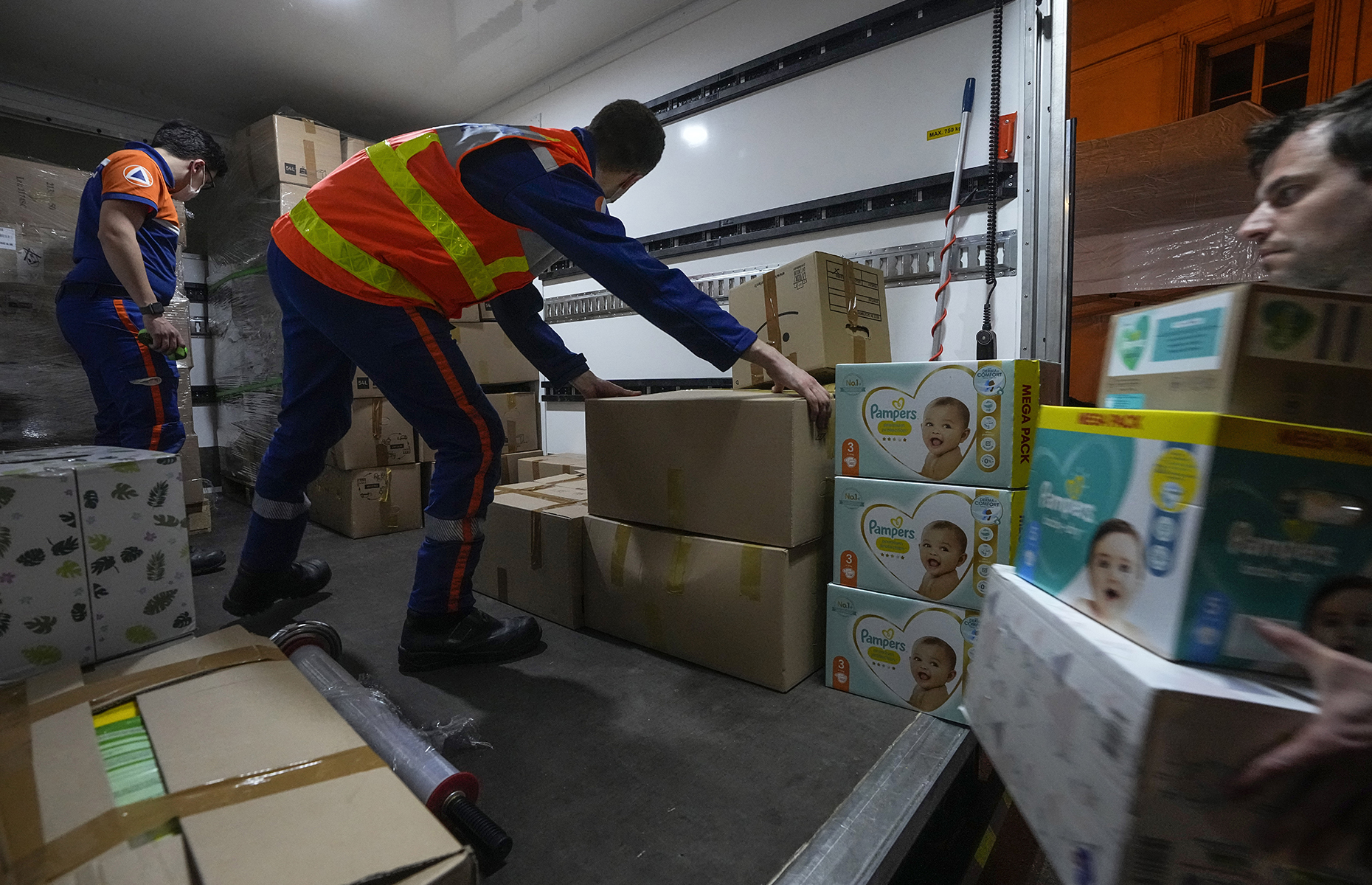 In the aftermath of Russia’s invasion of Ukraine, the fog of war is extending to those who are trying to help the beleaguered Ukrainians.

With ports blocked and roads made treacherous by bombings, charities currently can’t send humanitarian aid into Ukraine through normal channels, though both countries agreed Thursday to create corridors to allow those donations to be delivered. The International Committee of the Red Cross has expressed worry that Russian attacks being carried out in densely populated areas are imperiling children, the sick and the elderly.

Yet the complexities of the conflict haven’t stopped aid from reaching Ukrainians. The United Nations says much of the humanitarian effort are now based in neighboring countries to support roughly 1.4 million Ukrainians who have fled the country, mostly to Poland, Hungary and Romania. But charities are also working to send aid to Ukraine itself.

The scale of need is enormous. On Tuesday, the United Nations issued an appeal for $1.7 billion to help with aid efforts, estimating that 12 million people in Ukraine and 4 million refugees could be in need of relief and protection in the coming months.

Filippo Grandi, chief of the U.N. refugee agency, said his agency had already received more than $40 million in private donations from individuals and companies. 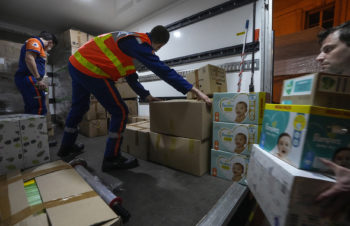 Volunteers of the civil protection load humanitarian aid onto a truck for the victims affected by the Russian invasion in Saint-Cloud, west of Paris, Thursday, March 3, 2022. Charities say they cannot send humanitarian aid into Ukraine through normal channels, with ports blocked and roads made treacherous by bombings. Even the International Committee of the Red Cross is concerned by the conflict being carried out in densely populated areas and the dangers that poses to children, the sick and the elderly. (AP Photo/Michel Euler)

Many corporations have committed to help. Amazon pledged $5 million to the U.N.’s refugee agency and other humanitarian organizations and plans to match up to $5 million more in donations made by its employees. Snapchat announced $15 million for humanitarian support. Airbnb offered free housing” to up to 100,000 refugees and is waiving its fees on the grassroots movement of people booking stays in Ukrainian homes, with no plans of using them, to get money quickly into the accounts of hosts. And Binance, the world’s largest cryptocurrency exchange, has pledged $10 million toward aid.

Cryptocurrencies donations themselves have emerged as a leading form of aid. Samuel Bankman-Fried, CEO of the cryptocurrency exchange FTX, said his company gave $25 to “each Ukrainian” on FTX.

Elliptic, a company that tracks cryptocurrency transactions, said that as of Friday, $56.2 million in digital currencies had been donated to Ukraine’s government and to Come Back Alive, a Ukrainian organization that says it trains and supplies ammunition to Ukraine’s military.

Come Back Alive is set to receive support from a crypto fundraising campaign, Ukraine DAO, that was organized in part by the punk protest group Pussy Riot. The organizer tweeted Wednesday they had raised just over 2,258 ether, equivalent to about $6.7 million.

“This is the first time that we’re seeing sort of a public concerted effort to raise funds to finance an ongoing conflict through cryptocurrency,” said Chris DePow, a regulation and compliance expert at Elliptic.

Inevitably, scammers appear to be trying to profit off the crisis. Elliptic said in a blog post that it had identified crypto fundraising scams that solicited aid for Ukraine.

As of Wednesday, Meta said, more than $20 million had been raised on its Facebook and Instagram platforms for nonprofits that support humanitarian aid.

Maria Genkin, a board member with the American nonprofit Razom, which was established to help Ukrainians after Russia’s 2014 invasion and annexation of Crimea, said her group has generated donations through their Facebook and Instagram fundraisers to send supplies to Poland.

The usual delivery trucks and other shipping methods, Genkin said, have either been halted or made more dangerous by the war. So supporters are building their own system.

“It’s a system of volunteers essentially crowdsourcing delivery,” she said. “There will be a lot of private cars bringing supplies from Warsaw to Lviv.”

Razom says it would prefer that people donate directly to the Ukrainian Armed Forces through an account opened by the National Bank of Ukraine. But Genkin said she recognizes that many nonprofits cannot give directly give to the military because of tax restrictions and that many donors may object to funding another country’s armed forces.

For that reason, Razom will continue to collect donations for humanitarian aid for Ukraine. It also plans to raise awareness for campaigns to create a no-fly zone over Ukraine and upcoming protests, including one Saturday in New York’s Times Square.

“We’re finding a lot of little things that we can do that add up to big things,” Genkin said.

That’s Nova Ukraine’s plan as well. The American nonprofit, which provides humanitarian aid and raises awareness of Ukrainian issues in the United States, initially planned to collect clothing and other aid and ship it to the country. However, with Ukraine’s ports cut off by Russian forces, that is no longer an option. Igor Markov, one of Nova Ukraine’s directors, said the group will work to send what they have collected to Ukrainian refugee camps in neighboring countries, as well as prepare for ongoing refugee support.

Elsewhere in the U.S., the Jewish organization UJA-Federation of New York spent the past month preparing for different scenarios with its Ukrainian partners, some of whom had been storing two to three months’ worth of food as a precaution. Once the invasion occurred, said Deborah Joselow, the group’s chief planning officer, the federation managed to quickly deploy $3 million in emergency grants to provide humanitarian support and other aid to roughly 200,000 Jews living in Ukraine.

The initial grants are slated to help their partners — at least 15, with many more affiliates — provide food and medicine for the elderly, Holocaust survivors, people with disabilities and other vulnerable populations. The organization said it’s been receiving inquiries from community activists and others who have taken shelter in bunkers in Odessa and in metro stations across Ukraine.

Associated Press coverage of philanthropy and nonprofits receives support through the AP’s collaboration with The Conversation US, with funding from Lilly Endowment Inc. The AP is solely responsible for this content. For all of AP’s philanthropy coverage, visit https://apnews.com/hub/philanthropy.

Terrence Smith and Noran Sanford of Growing Change reflect on the special significance of operating a sustainable farm and education center inside a decommissioned prison in Wagram, NC. 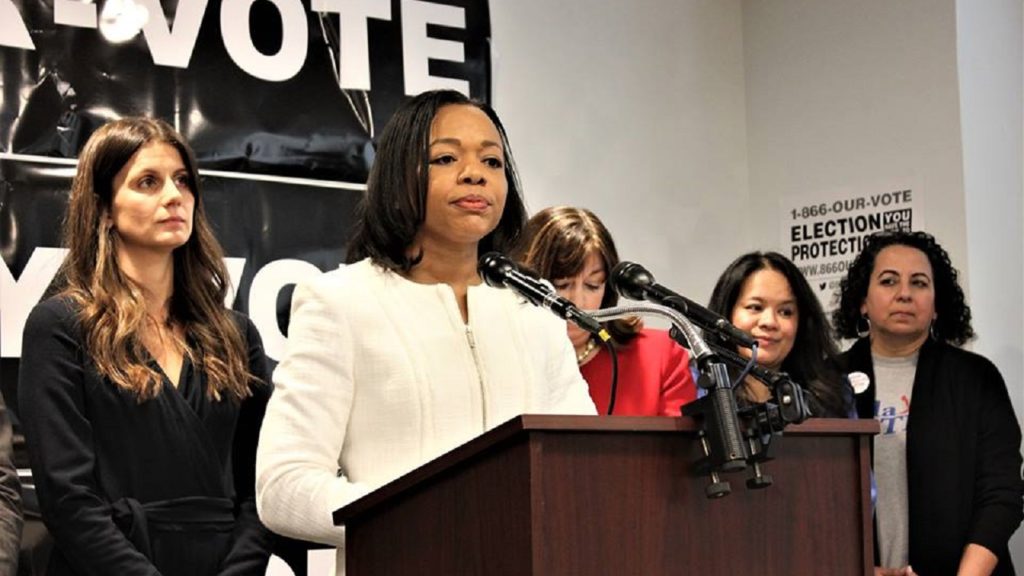 55 Years Later, The Lawyers’ Committee Continues the Fight for Justice 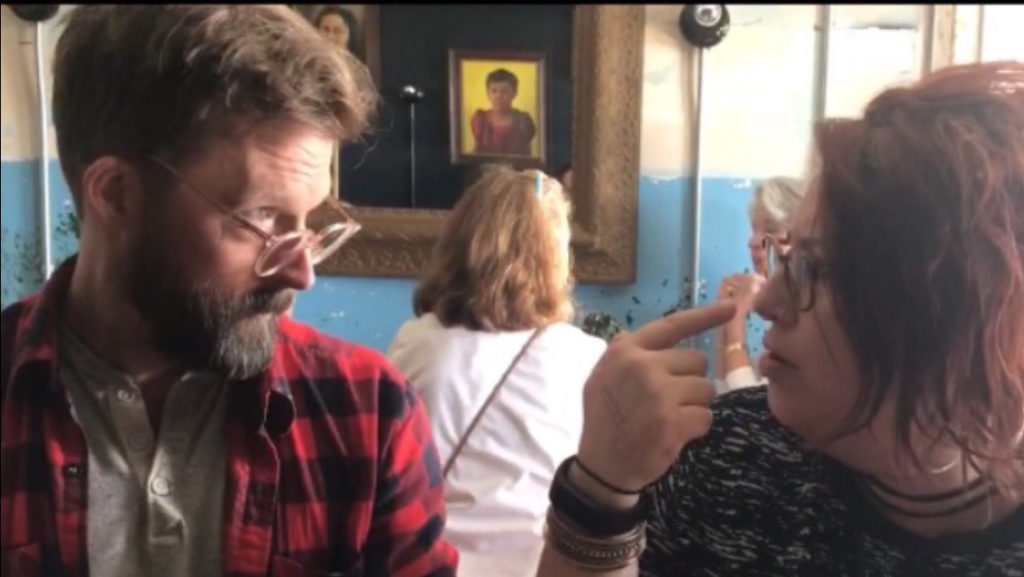 How do you connect with your community when your schedule is upside down? TIPS- This Is Proper Service bridges community activism and service industry lifestyles.