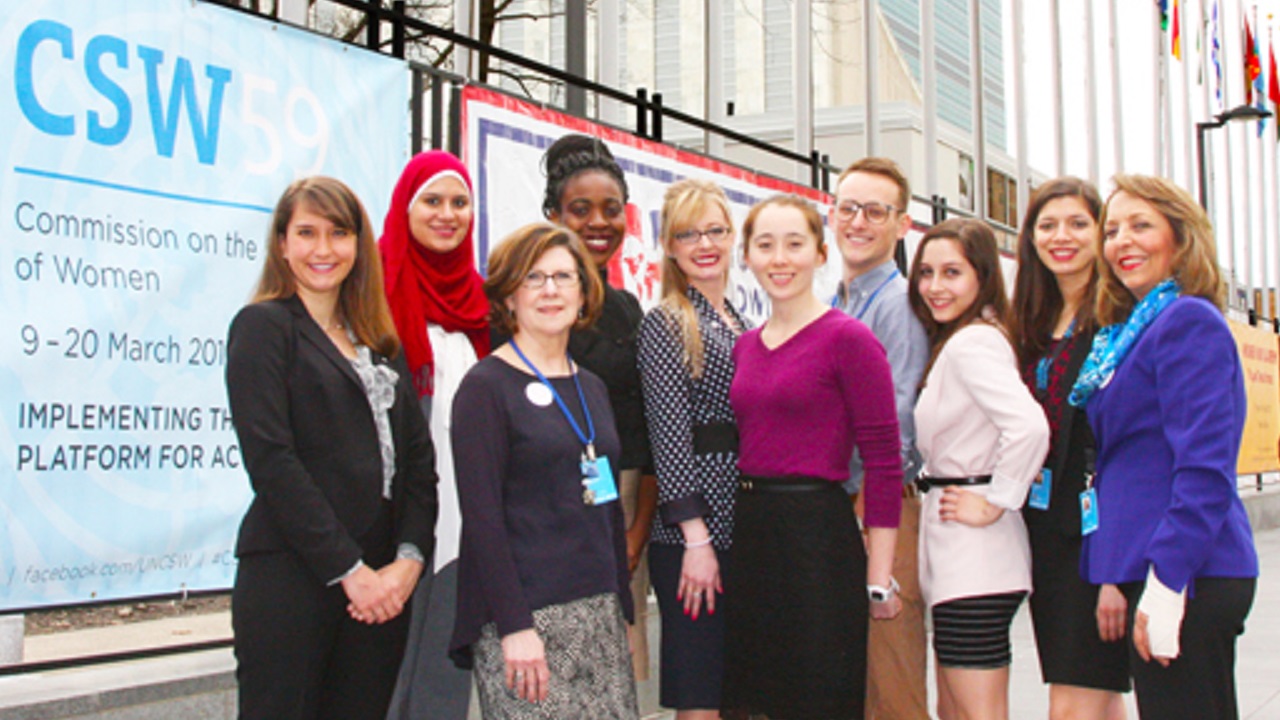 Moving to North Carolina after having lived in the Middle East, Canada and Europe proved one thing to Beth Dehghan, founder of WomenNC; that women’s rights transcend North Carolina. Due to the nature of globalization, she believes everyone should advocate for the safety and empowerment of women and girls. Ms. Dehghan has worked for 40 years to secure the human rights of women and girls, which led her to found WomenNC, a nonprofit aimed at advocacy work and prevention with a mission that is international. Since 1995, she has attended the annual United Nations Commission on Status of Women (CSW), which has proved influential to her work.

Dehghan felt inspired to create an organization that involved the spirit and energy of young people. The WomenNC Fellowship program, which had its first fellows in 2010, allows college students to engage in local and global activism. Intergenerational relationships are crucial to the success of good work in the opinion of Ms. Dehghan, and with the fellowship program, students are able to become involved in a larger conversation that extends beyond North Carolina and make impactful choices.

Many social movements have found creativity from young people and WomenNC is no different, as the fellows work to critique the world around them and provide alternative suggestions in empowerment for women and girls. The fellowship program selects several college students each year to present their research aimed at social justice responses to issues affecting women and girls at the CSW Conference in New York in March of each year. Students also present the “best practices” of North Carolina Organizations and must speak at three speaking engagements during their time as a fellow. This year marked the 20th anniversary of the Beijing Conference at CSW and fellows were expected to present on the Status of Women, 20 years later.

Two current fellows, Alison Domonoske and Justine Schnitzler, both attest to the power of the fellowship as it has improved their own lives particularly in the area of confidence and public speaking. Domonoske and Schnitzler felt that since presenting at CSW they have gained confidence to speak up for themselves and others. Through the fellowship they have learned more about the status of women and girls, networked and met many people working in this area, and found new ways to improve the lives of others. What makes this fellowship and WomenNC so special is being able to present and travel to CSW as it seems most fellows find this the highlight of the program. Before traveling to New York, the fellows held an annual WomenNC Fellowship Dinner, which took place on February 19th in Raleigh, NC, where the students presented their research to family and friends. On April 9th, WomenNC held the 2015 Fellows Reflections from the United Nations’ CSW59. In each of these instances, the fellows challenge notions about womanhood, gender, race, motherhood, and the prison industrial complex, urge others to participate in justice efforts for women and girls, and look to North Carolina organizations as models to be implemented globally.

Beth sees the importance of partnership through mentoring the fellows, programs that are aimed at gender diversity within WomenNC, action and activism, and past fellow involvement. Justine hopes to use the “connections, skills and information gleaned from CSW to make tangible change in the right way,” having met with and spoke to many at CSW and throughout the year during her fellowship. Due to the mentorship of the fellowship program, fellows connect with others to develop the tools necessary to make effective change within and outside of their communities. WomenNC fellows are expected to voice their opinions and create new ideas for change. This is central to reaching the organization’s goal.

Beth states, “Women’s issues is not just for women.” She feels that championing women’s rights would mean liberation for all and points to He For She, a movement for men against the violence of women as strategy for engagement with young men. Not only does WomenNC work with and encourage youth leadership but also the voices and support of men. Additionally, partnership in the form of continual involvement of former fellows, is highly encouraged. Katie Starr, a 2011 fellow whose topic was on Sex Trafficking in North Carolina, has come back to work on the WomenNC board after two years in the Peace Corps. Annie Clark, another 2011 fellow, was the keynote speaker for the 2015 Fellowship Dinner and spoke passionately about her work since being a fellow.

WomenNC relies heavily on diverse members of the community to continue to advocate and educate the world about the status of women. Without the volunteers on the Executive Board, Advisory Board, and Board of Directors, WomenNC would not be able to serve women and girls in North Carolina and beyond. Individual donations, fundraising, and hard work are the ingredients used to keep the organization successful. WomenNC receives no federal grants and currently holds no paid positions. Ms. Dehghan feels that many have a hard time donating to nonprofits who only do advocacy, education, and long term preventive work because donors want to see quick results which can be seen in soup kitchens and shelters. Because of this, their fall fundraising event is imperative to the ongoing operations of the Fellowship and WomenNC as a whole.

For Beth, everyone can be apart of the movement towards a safer world for women and girls by supporting the voices and ideas of young people. Encouraging their ideas and providing them leadership roles necessary for long-term change as the next generation of nonprofit leaders.

WomenNC provides training and networking platforms for college and university students in the North Carolina Triangle and Triad Regions to mobilize and influence their peers and respective communities to understand and value women’s human rights and to engage in issues important to equality for women and girls. Charlena Wynn is currently pursuing her Master’s of Arts in Liberal Studies at NC State University with a concentration in examining the construction of Blackness in contemporary United States museums. 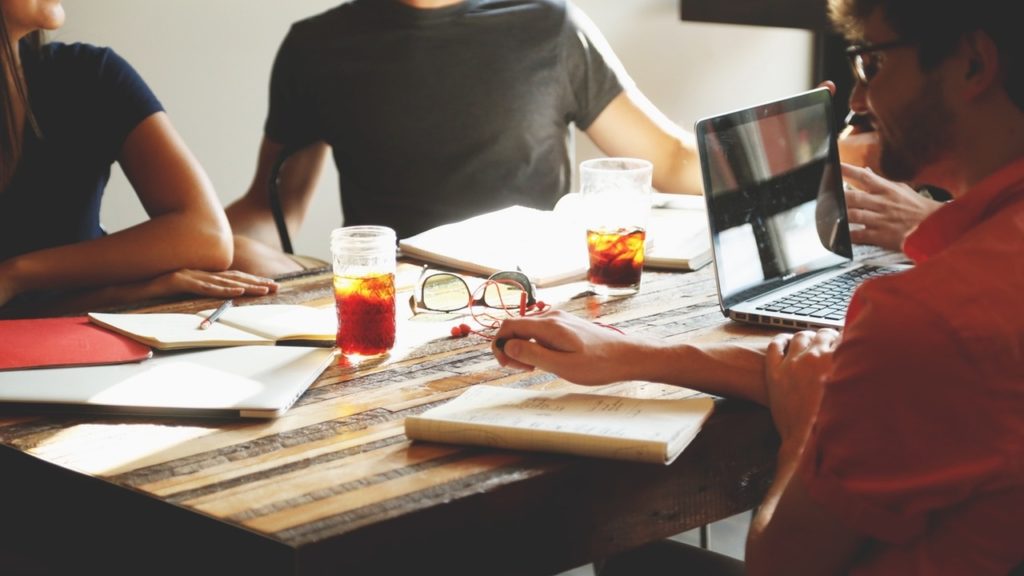 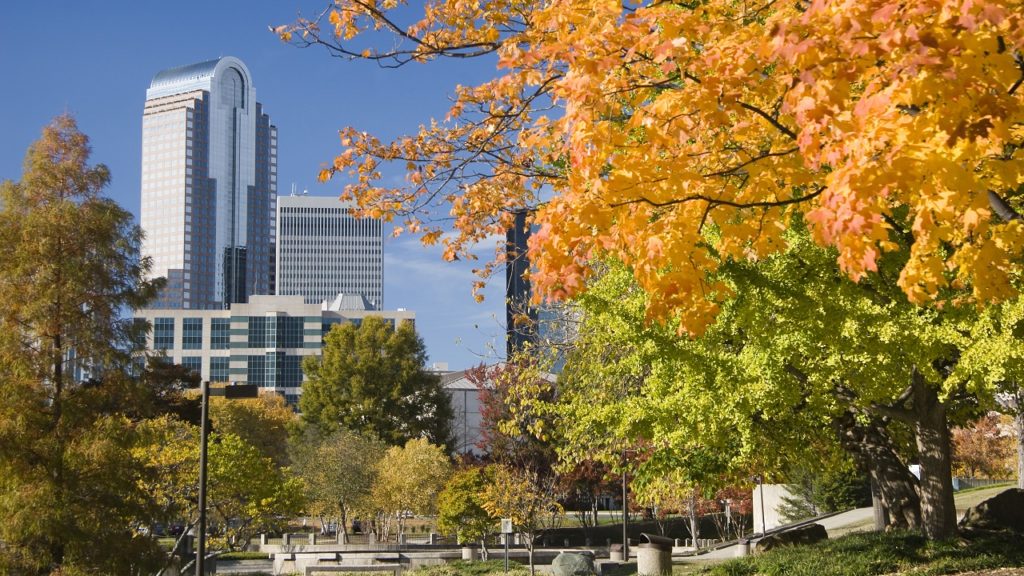 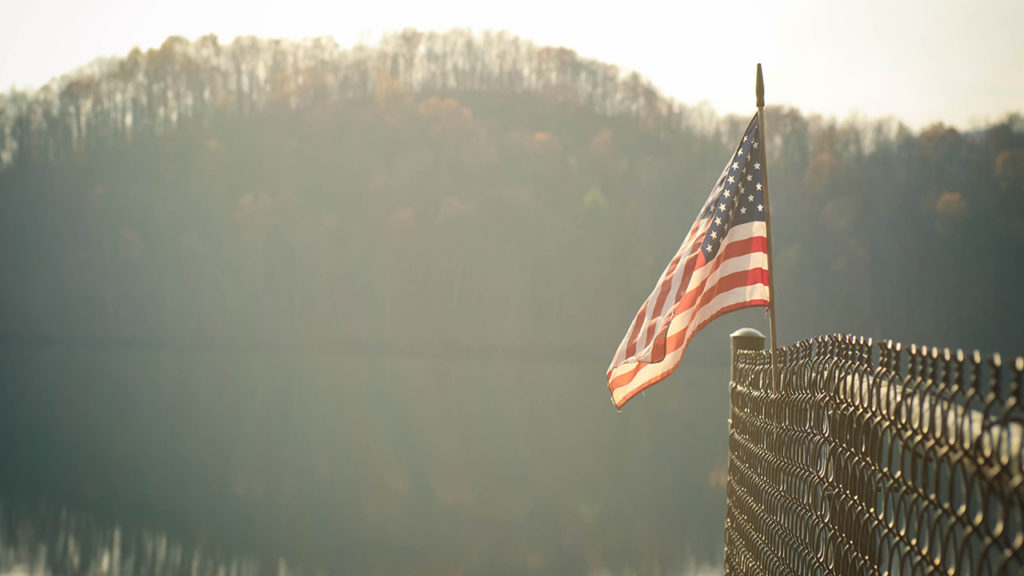 The John D. and Catherine T. MacArthur Foundation awards $145 million in grants, the I Have A Dream Foundation Los Angeles holds their 5th Annual Dreamer Dinner, the Islamic Scholarship Fund is now accepting applications, and more.