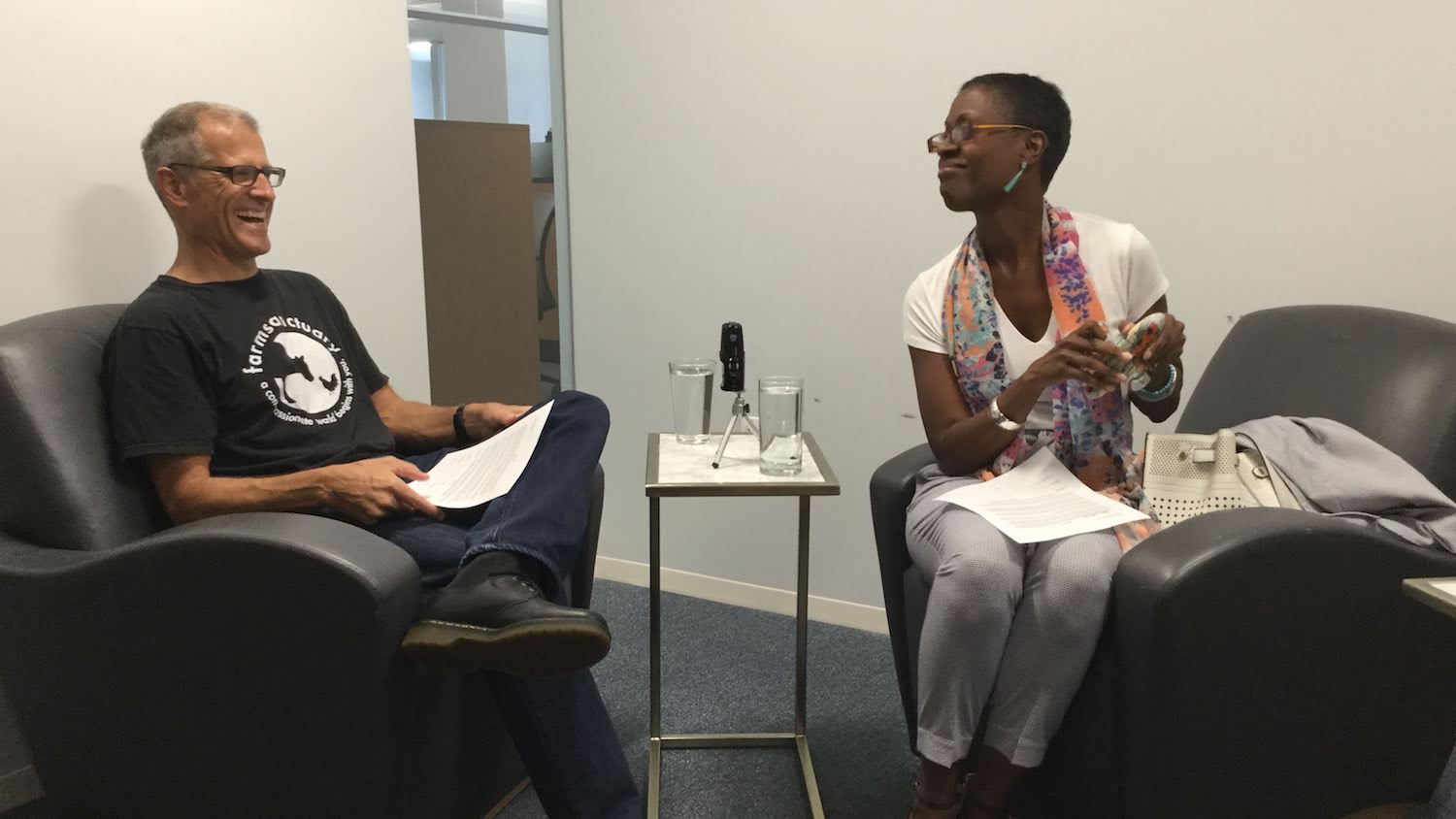 Tracye McQuirter is a public health nutritionist, activist, and vegan trailblazer and has been promoting a plant-based lifestyle for over 30 years, focusing on health and African American communities. She is most recently the author of Ageless Vegan: The Secret to Living a Long and Healthy Plant-Based Life as well as best-seller By Any Greens Necessary. In 2016 Tracye partnered with Farm Sanctuary to create the African American Vegan Starter Guide.

Gene Baur co-founded Farm Sanctuary, the nation’s largest farm animal rescue and protection organization, and is also the co-author of best-seller Living the Farm Sanctuary Life: The Ultimate Guide to Eating Mindfully, Living Longer, and Feeling Better Every Day. Gene has been involved in animal rights for over 30 years and has been called “the conscience of the food movement” by Time magazine.

What does diet have to do with chattel slavery? A lot, actually. Nutritionist, author, and activist Tracye McQuirter and Farm Sanctuary founder Gene Baur sit down to talk about veganism as a tool for social justice for the environment, for animal rights, and for communities of color.

Gene and Tracye begin by talking about their work and collaboration on the African American Vegan Starter Guide as something that didn’t exist and was necessary to create. This project helps bring to attention the intersectional connections between veganism and broader movements, including the Civil Rights movement and non-violence. These connections are not just between movements but a general respect and kindness: to animals, the earth, and also ourselves. The questions the drive the movement forward are about how we can avoid causing unnecessary harm to others. The issues the veganism addresses is intimately tied to communities of color. From a modern perspective, this has to do with the workers in slaughter houses, the Black communities suffering from living near industrial animal farms, and the effects the food industry has on health. But Tracye and Gene also talk about the importance of understanding history and context. Tracye makes connections between factory farming and chattel slavery as well as the direct line from slavery-era sugar crops to the health of modern African American communities. Through this lens, African American communities are deeply connected with the efforts of veganism and Tracye notes how it was important to her to include that history in the creation of the African American Vegan Starter Guide. She also talks about how she approaches veganism from a joy and abundancy mindset rather than one of deprivation. Gene agrees that “It’s about living in alignment with our values and our interests. Living in a way that we can feel good about instead of causing unnecessary harm to others.”

As the movement progresses forward and becomes more popular, other questions of how to proceed arise. Gene brings up partnerships with major fast food producers, like Burger King putting the Beyond Burger on the menu. The two of them talk about how this is potentially problematic but also a step in the right direction, and discuss the issues that come with popularization and, inevitably, industrialization. This leads to a discussion of urban farms, reconnecting people with their food, and encouraging an upheaval of our food system from the individual to government subsidies. The movement is not perfect, yet it continues to grow in the right direction.

It’s about respect, kindness, and empathy

How do we feel about it? Where do we go from here?

A Path From Addiction

Donald Pilgreen and Michael Hopkins of Third Street Education Center discuss the struggles of sustained recovery and the redemption they found through serving others. 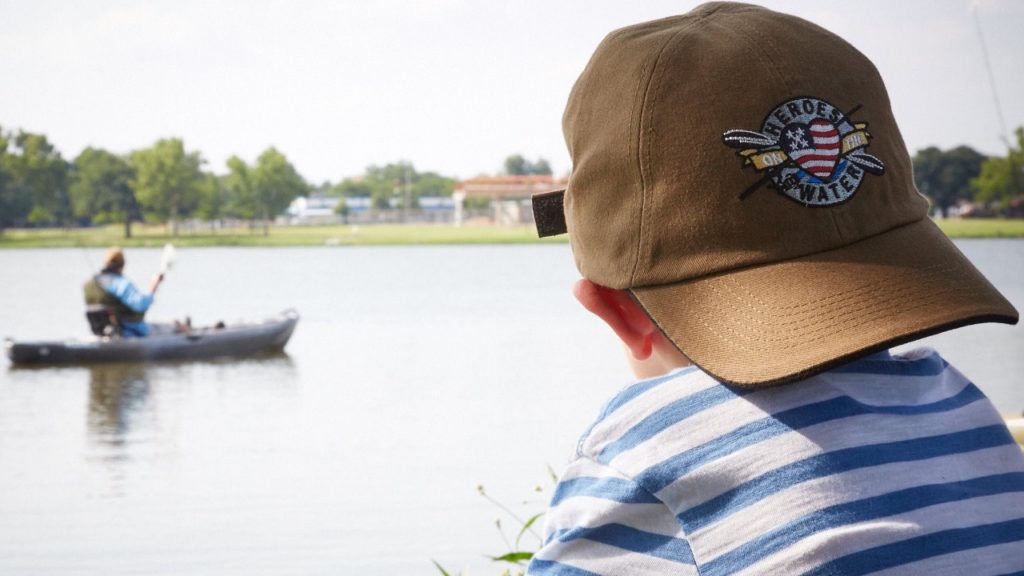 Kayak Fishing Brings Them Back to Life

Heroes on the Water helps veterans and first responders re-adjust to civilian life through kayak fishing and community fellowship. 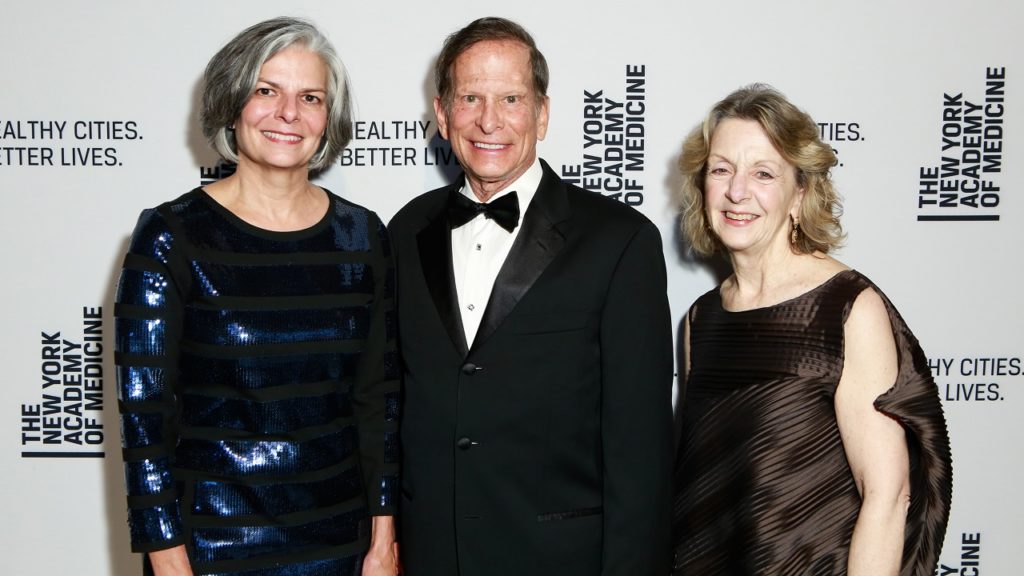 Ruby's Inn raised $700,000 for the Bryce Canyon National History Association, Doug Herbert was inducted as a “Legend of Thunder Valley," Help for Children will present the 10th annual New York Golf Day in July, and more.