Ep 38: What Happens Next Is Up To You

In a time that feels more partisan than ever, how do we bring people together? Maybe it's as simple as actually bringing people together to talk over a meal. That's the idea behind the "On the Table" initiative. Lilly Weinberg from the Knight Foundation talks with Kathryn Dennis from the Community Foundation of Central Georgia about how Macon, Georgia implemented "On the Table" in their community. 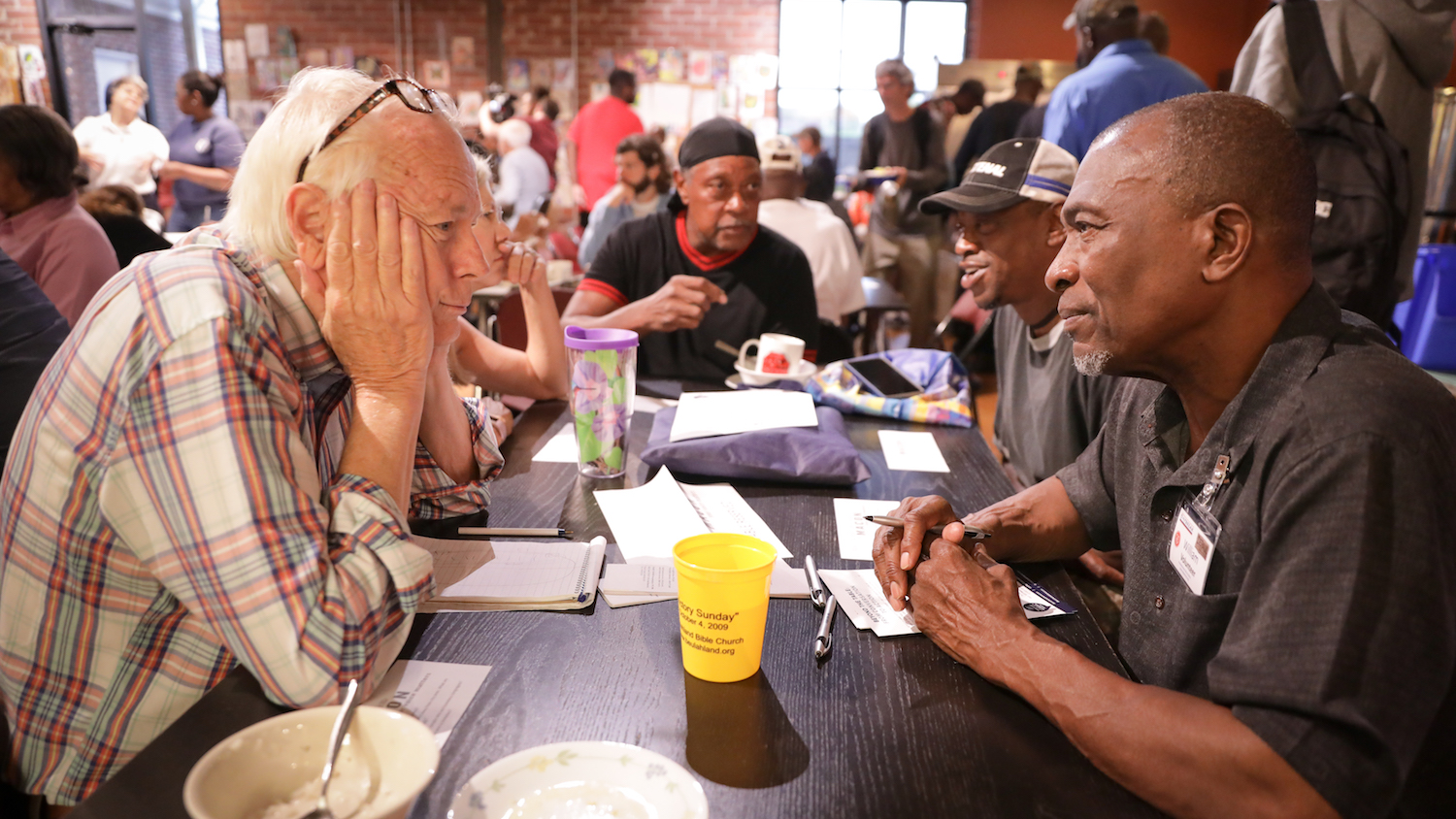 Lilly Weinberg is the Program Director of Community and National Initiatives at the John S. and James L. Knight Foundation. The Knight Foundation supports projects that foster informed and engaged communities, which are essential for a healthy democracy. One of those programs is On the Table, an initiative aimed at getting a community involved and talking to each other face-to-face over a meal about the issues they care about. On The Table was started by the Chicago Community Trust in 2014 and has grown into a national initiative through the support of the Knight Foundation.

Kathryn Dennis is the President of the Community Foundation of Central Georgia (CFCG). In 2018, CFCG was one of 10 community foundations across the U.S. participating in On the Table. The foundation reports that over 5000 people participated in nearly 600 On the Table conversations in offices, churches, parks, restaurants, homes and schools across the Macon-Bibb County region.

In a time that feels more partisan than ever, how do we bring people together? Maybe it’s as simple as actually bringing people together to talk over a meal. That’s the idea behind the On the Table initiative. Lilly Weinberg from the Knight Foundation talks with Kathryn Dennis from the Community Foundation of Central Georgia about how Macon, Georgia implemented On the Table in their community.

The concept of On the Table is simple: bring people together over a meal to talk about the issues they care about. With the help of the Knight Foundation, the Community Foundation of Central Georgia implemented this initiative in Macon, GA last year, which brought together over 5000 people across nearly 600 tables. Kathryn talks with Lilly about how they put together the program and the success of those conversations.

The clear success of this initiative speaks to the community’s need and desire for these kinds of in-person conversations. The tables brought together friends, neighbors, strangers, government members, and constituents. It also involved a level of intentionality to make sure the voices of community members who often feel disenfranchised are heard. This meant hosting tables at local jails, making sure there was a table in every zip code, and having Spanish-speaking tables in Spanish-speaking communities.

While there is clear value in meeting with people face-to-face and understanding their perspective, even if you disagree, On the Table is not just about the conversation but about what happens next, which is up to the participants. Kathryn talks about what Macon’s citizens decided to do following their On the Table conversations. It’s so simple, it’s complicated: One table at a time

There is an appetite for conversation

We have more in common than not

We’ll Be Back Soon!

As we say goodbye to our Multimedia Producer, David, we're saying hello to a new production team. Stay tuned for more from TNE!

This week, as we bid farewell to our multimedia producer David Mueller, he sits down with PJ Managing Editor Sandy Cyr to discuss the evolution of the podcast and share some of his favorite moments from Seasons 1 & 2.