Don’t Gain the World and Lose Your Soul

So Nupa, thank you for allowing us to come and be in your office here. Where are we? What’s your office? What do you do?

Sure. I am primarily a bankruptcy attorney, and my office is in Richmond, Virginia. I also do real estate sales but my primary practice is bankruptcy. That’s what I do mostly day to day. And I love it and I love being in private practice and helping my clients.

So you’ve told me a lot of stories about how you grew up and different things, but you came here from India. Well, tell me your story.

Sure. So, I came here from India when I was two. And we came here, my parents came here, primarily because my mother, who was a doctor. She was the first woman in her medical school. She came here because of all the discrimination she was facing and not really being able to practice her craft in India. Family pressure, societal pressure and her and my dad really just wanted a new life. So they came here when I was two. They came here with virtually nothing. They started from scratch, basically, and they were well educated but still really lived very frugally until they became a little more successful.

We lived in a small town called Colonial Heights, which is just south of here. And, there was virtually no one of any ethnicity or color in Colonial Heights when I was growing up there. So that was very interesting.

I went to Randolph-Macon College and then from there went on to law school and also got my master’s as well. I then practiced law with the state for a little while and then went into private practice.

You referenced your Mom was a doctor. How much influence has your Mom had over you as a professional woman?

Yes,  she was definitely a role model. I saw what she went through to really strive for her practice. And, one thing she always instilled in me is that no matter what you do, you really have to be able to support yourself. You don’t want to be beholden to anybody, you know, have a man holding things over your head. You just want to be successful on your own. So that was always very important to her and to both my parents, really.

In India education is very important. What I saw in India when I’ve gone back, I have seen the lack of opportunity. Many women, like my dad’s family, did not believe in educating women. When I would go back to India, when I was younger and seeing that, I realized that I had these wonderful opportunities here in the United States and I really need to take full and complete advantage of them because not everybody has that opportunity.

One of the things that I’m so impressed by, the first time I heard that you have your law practice (I know a lot of local lawyers) but when you started talking about your help specifically with the poor, it really, really resonated with me.

I really wanted to be in the nonprofit sector. I tried that for a little while at the state. That didn’t resonate with me very well because it was just not as dynamic as I needed to be. I needed to have that hands-on approach with people. There is a lot of bureaucracy in nonprofits and state government. So, I started working for a couple of girls that did bankruptcy law and bankruptcy in real estate. Those were actually my worst topics in law school. So, it was kind of interesting, that’s where I ended up. But, I really felt like it was an opportunity for me to make a real difference in people’s lives.

People don’t know a lot about bankruptcy. It kind of gets a bad rap a lot. People think, “oh, you’re just spending too much money.” But that’s really not the case when you really look at people’s budgets on a day to day basis. In this economy and how little they’re making and what the cost of living just very frugally is, there’s no way that people can save money.

Even if you’re making $60,000, if they have a few kids and they don’t have any backup help from family, when you do their budgets, there’s really nothing that they can do.

That’s my reason for the work that I do. I love it so much. I can help people get out of a lot of debt like medical debt. It’s almost like a push back…I don’t want to say I’m not a capitalist….but the crazy capitalist society that we have, the lack of ability to help them. Politicians are not able to really help these people in any way. 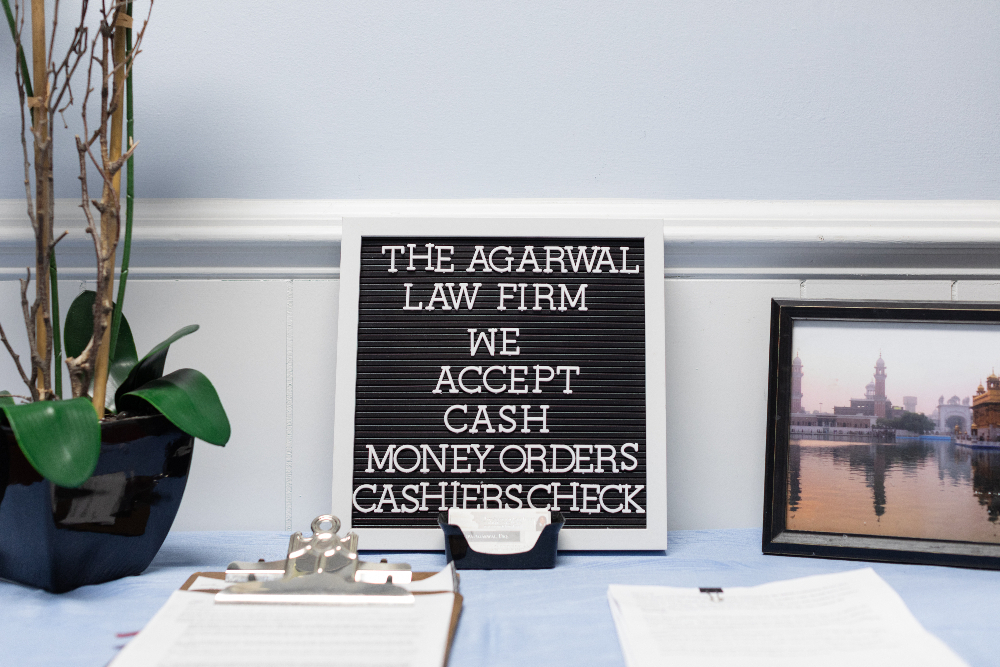 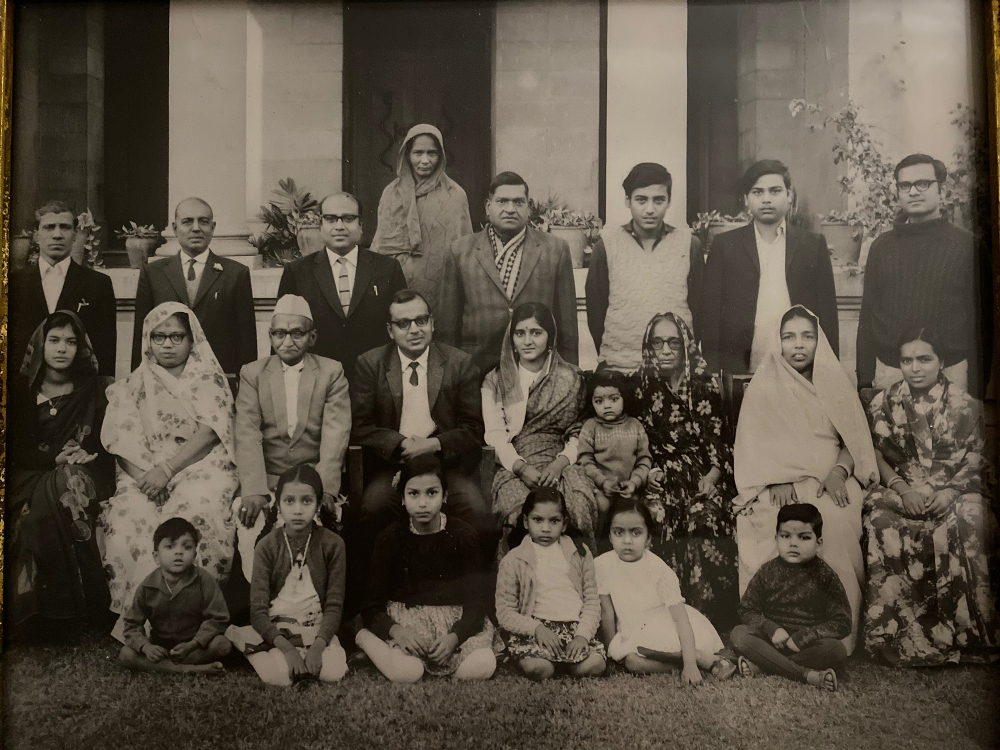 Nupa and her family in India. [Photo provided by Nupa Agarawal] 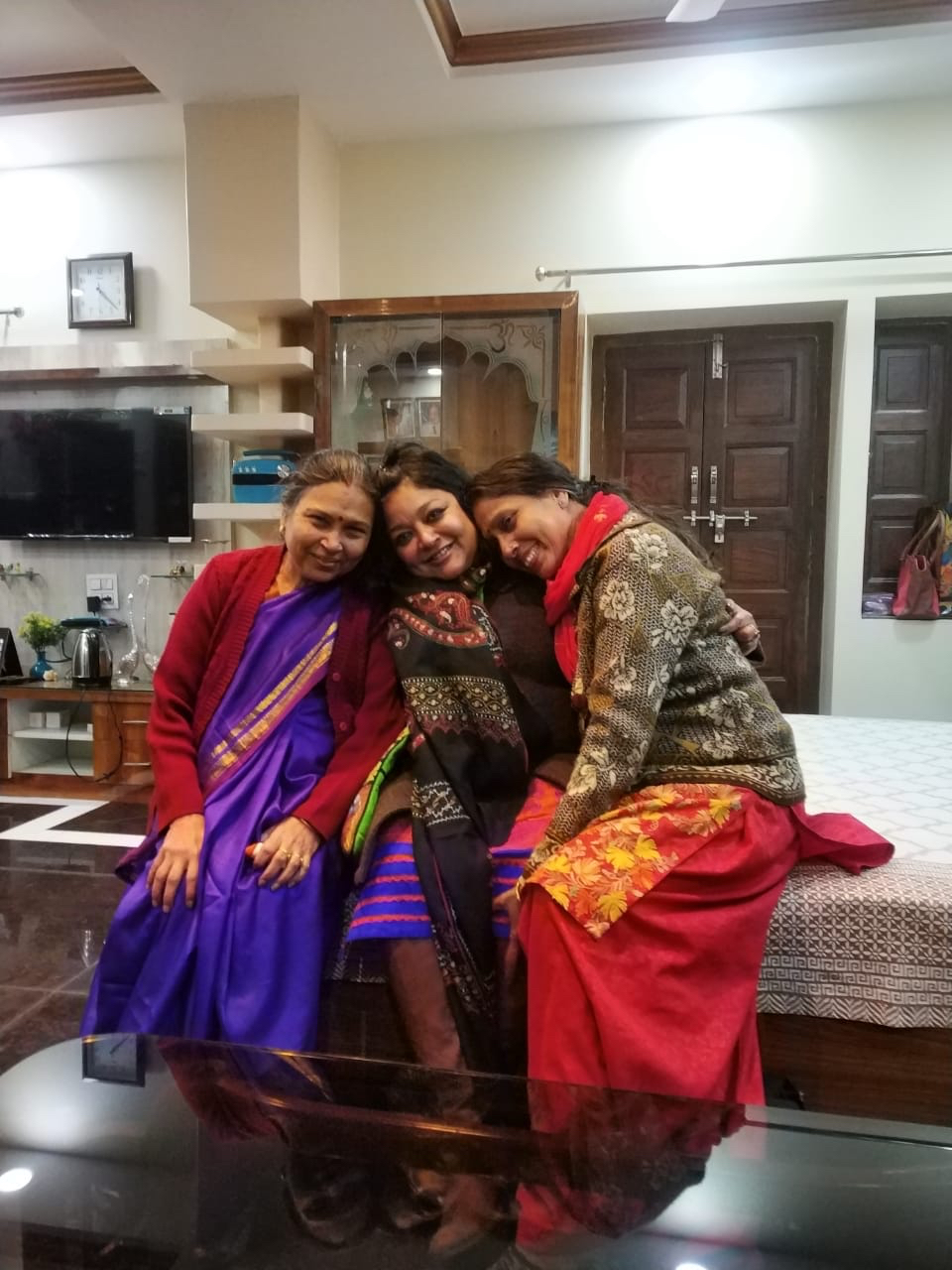 Nupa with her cousins in Richmond, VA. [Photo provided by Nupa Agarawal] 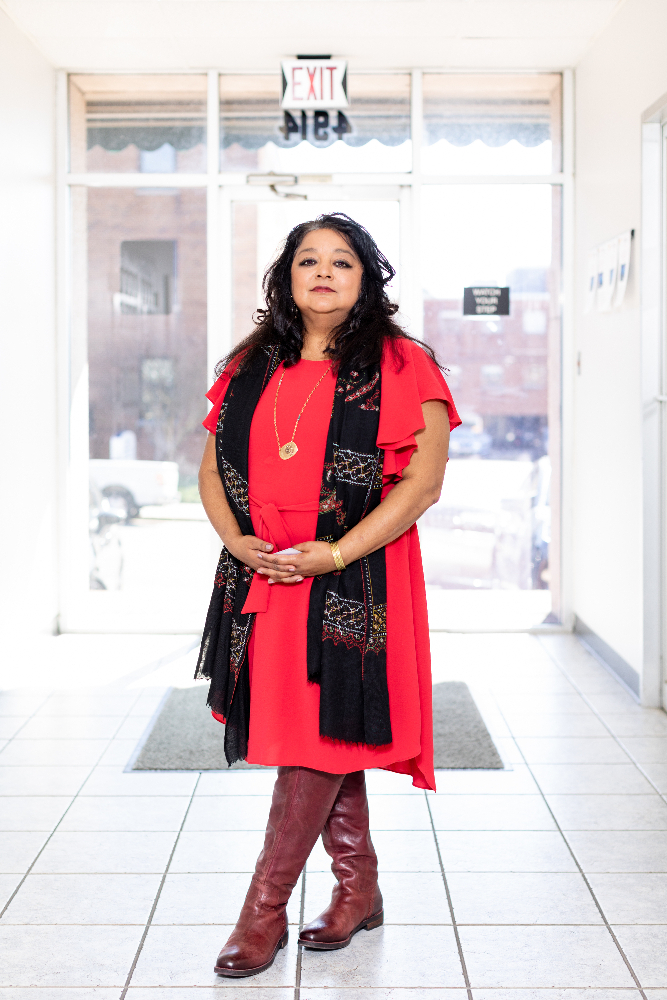 Attorney Nupa Agarwal at the entrance to her office building. [Photo by Kimberly Frost] 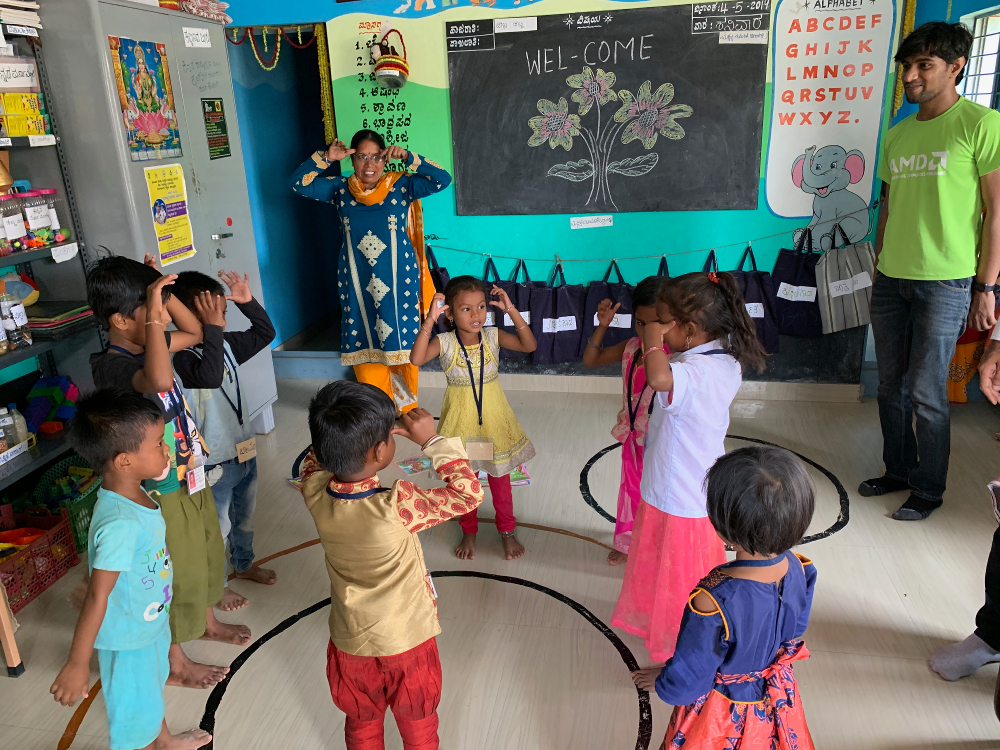 A classroom in rural India outside of Bangalore. [Photo by Craig Martin] 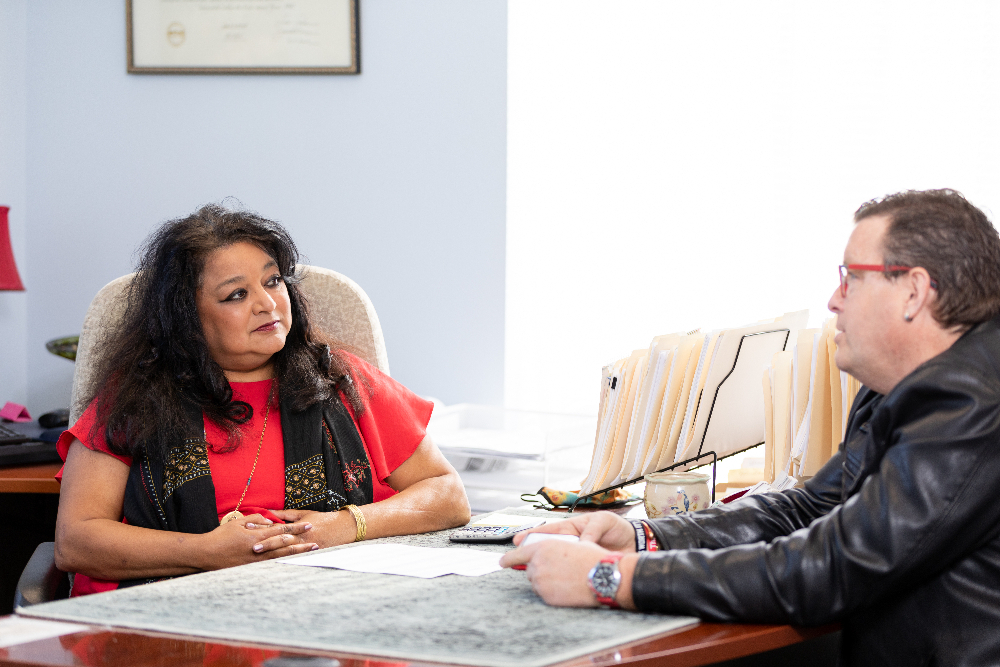 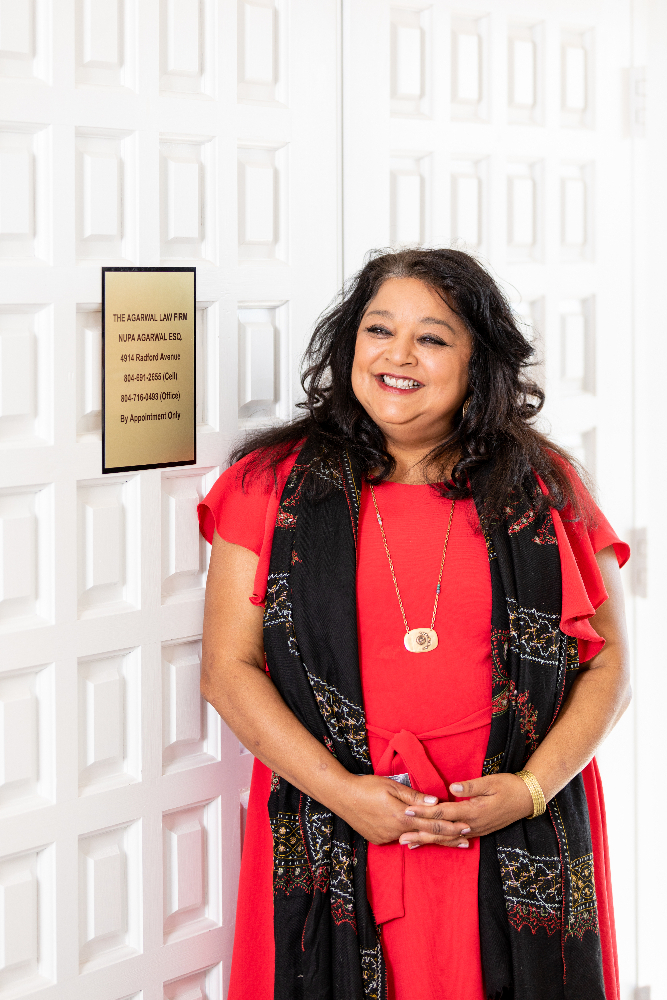 Nupa outside her office. [Photo by Kimberly Frost]

And so I feel like it’s my one way that I can really help people get back on their feet and make a difference in their lives. And we can do a lot of things in bankruptcy and we can help low taxes and we can just charge tons and tons of debt for people. You know, we kind of get them back on their feet. And a lot of these people are very paralyzed. I mean, they are literally paralyzed with fear. That prevents them from moving on because of paralysis, because their financial situation is so bad that they cannot move on.

And that’s what the whole bankruptcy process is designed to do. And so I also in that process try to instill in them, you know, some responsibility, some gratitude, what they do have, try to get them out of this hole of feeling victimized as well, and try to empower them at the same time. And I think that’s also very important to do for them. And then just to really try to run my practice in a very compassionate way and will have attorneys in I think that’s just businesses in general. It’s very easy to become a volume business where you’re just really worried about the number of clients you have.

This is the last question, I promise. But what is your idea or thought philosophically on money? Because dealing with bankruptcies all the time, this issue of money is at the center of everything.

I think that everybody should learn to live within their means with what their situation is at that time and strive for better. You shouldn’t strive for better material goods, you should strive to use that money to make other people’s lives better as long as you have a home.

Money is important and you need it. But don’t do it because you are trying to get material goods. Do it because you really want to make your life better.  I’m not saying that people who make money are all bad, but I’m saying like try to use that money to do good for society. 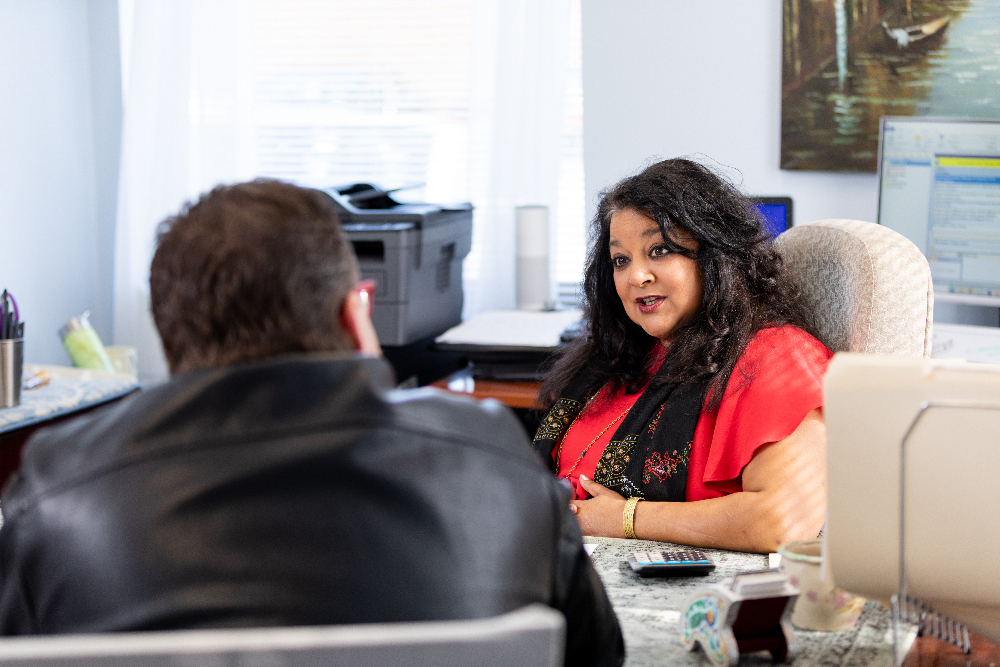 Nupa explains her work to Craig. [Photo by Kimberly Frost] 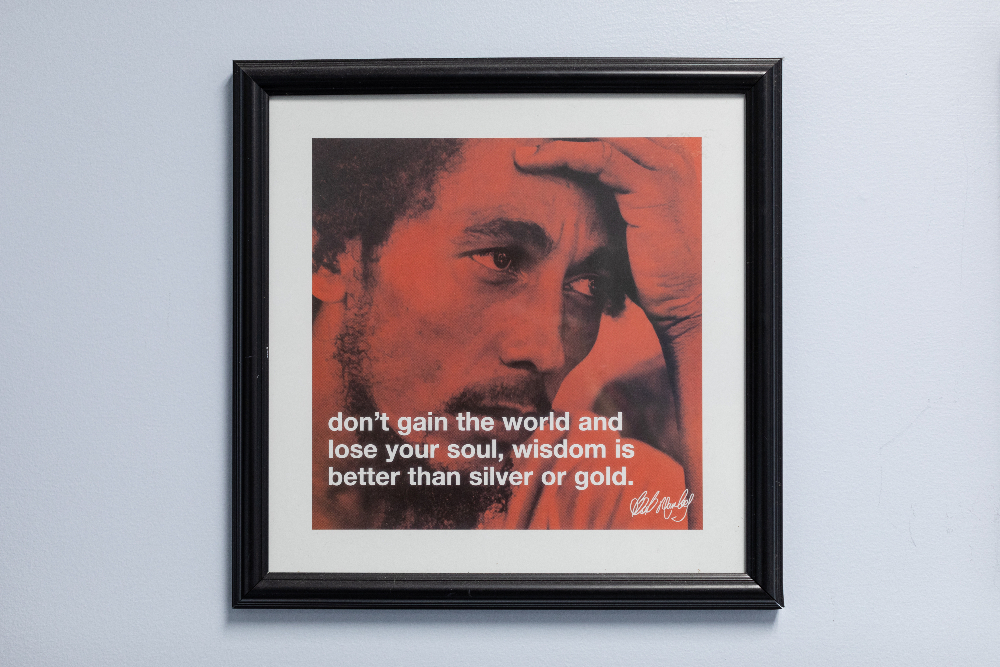 Rebuilding Together has been providing critical home repairs to low-income homeowners since 1973. With the collaborative support of their affiliates, their team helps keep homes safe and healthy so that the community can thrive.

Please enjoy this piece from our archives that first published in August 2016. One of the world’s leading NGOs embraces innovation—along with its tradition of giving chickens, goats and cows—to transform the way it operates across the world. 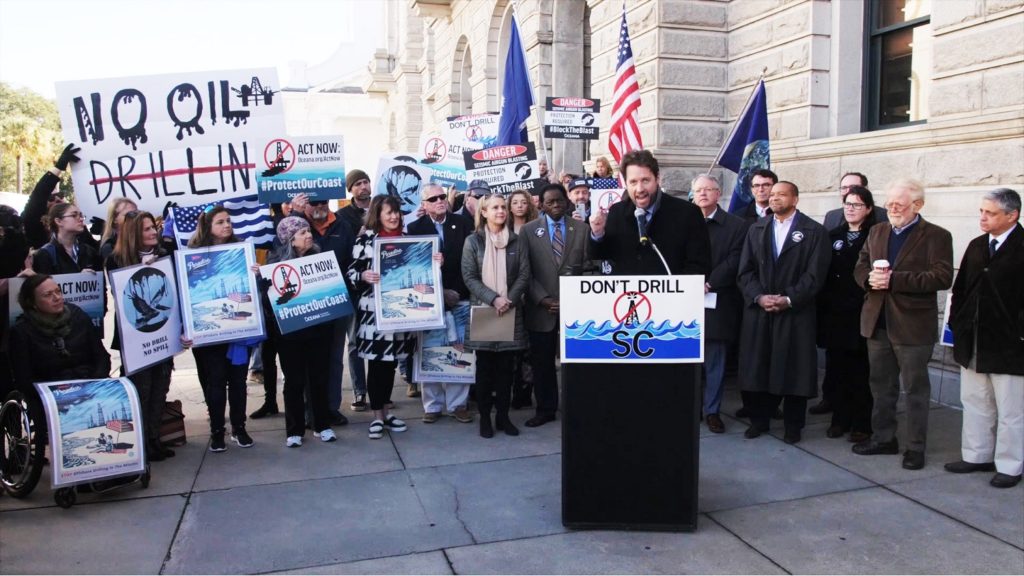 When you focus on what is important in communities it can lead to winning results. Oceana's Jacqueline Savitz shares how their bipartisan grassroots approach has made offshore drilling a hot-button issue that is avoided by politicians who seek coastal support.