IWMF's mission is to unleash the potential of women journalists as champions of press freedom to transform the global news media. The organization aids and recognizes these women through key partnerships. 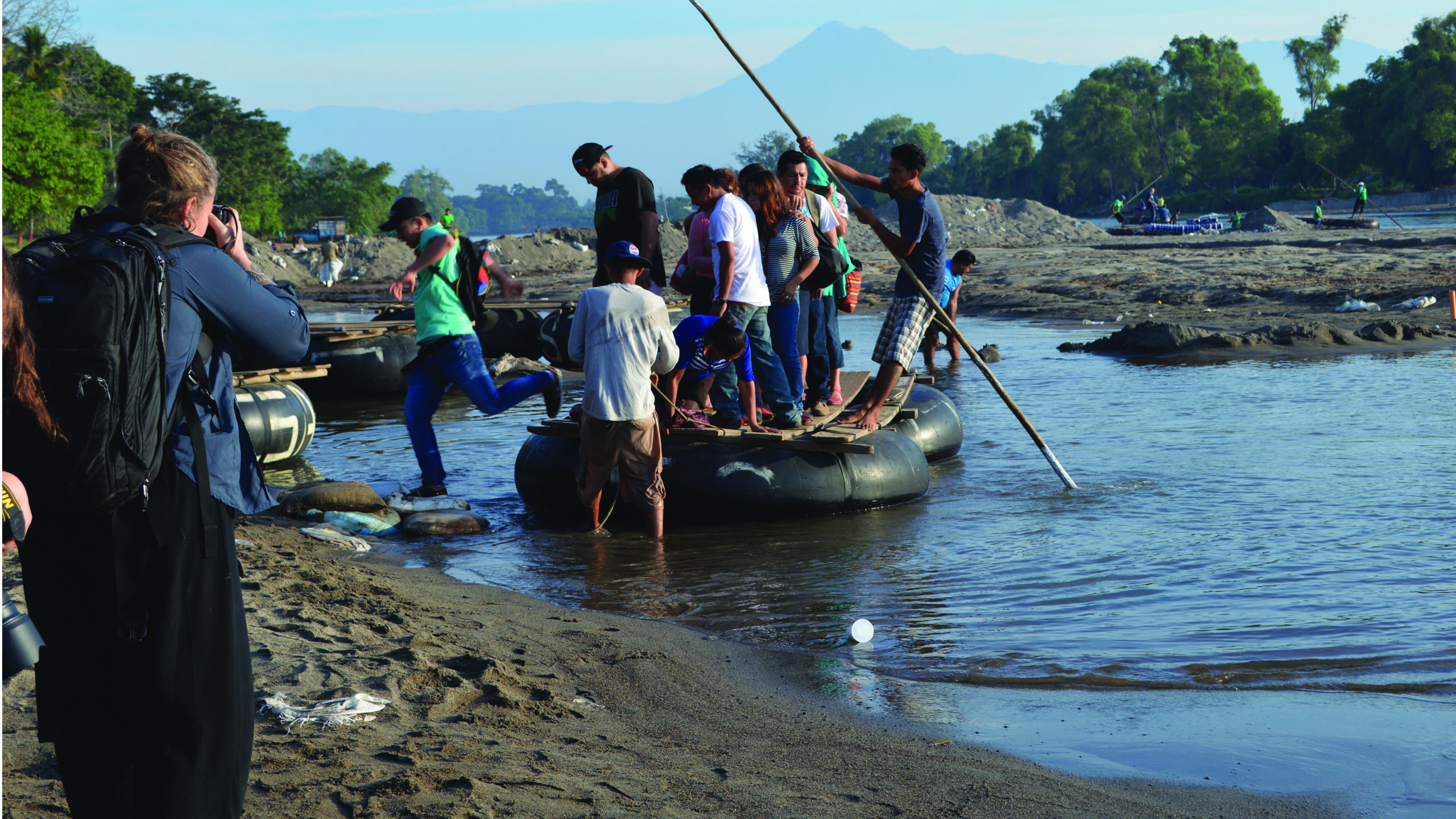 It matters who makes the news and who decides what the news is; a diversity of voices in the news media is essential for it to serve as a driver of democracy. This belief, and the goal of righting the gender imbalance in the global news media, is at the core of the International Women’s Media Foundation’s (IWMF) mission: to unleash the potential of women journalists as champions of press freedom to transform the global news media.

Since our founding in 1990, the IWMF has been dedicated to strengthening the role of women journalists worldwide. Through the annual Courage in Journalism Awards, we have recognized more than 100 women journalists from 54 countries, who are working in the most difficult circumstances. With ceremonies in New York and Los Angeles – and this year in Washington, DC – the Courage Awards have long been at the heart of our work. The women we have honored benefit from a mantle of protection once they return to their home countries, and receive continued support from us as laureates. The awards are also a fundraiser, and provide the IWMF with our main source of operating funds.

The Howard G. Buffett Foundation first supported the IWMF through our Courage Awards in 2007, and in 2008 began funding us programmatically to enhance reporting on the role of women in agriculture in Mali, Uganda and Zambia. In 2011, we received support from the foundation to begin organizing our first reporting trips for women journalists in Western Sahara.

Our enduring relationship with the Howard G. Buffett Foundation led to a conversation on the day that Associated Press photojournalist Anja Niedringhaus – a 2005 IWMF Courage in Journalism Award honoree – was tragically killed in Afghanistan. Howard Buffett got to know Anja through the IWMF and this senseless loss led to his remarkable commitment to amplifying the voices of women journalists through the work of the IWMF. We ultimately received a transformational grant of $15M from the Howard G. Buffett Foundation in 2014 that enabled the IWMF to evolve and grow to directly benefit hundreds of women journalists around the world each year, in new and innovative ways. We viewed this as a tremendous responsibility to not only live up to Howard’s expectations, but also to honor Anja Niedringhaus’ life and work. As a result, the IWMF transitioned nearly overnight from an organization with an annual budget averaging $1.5M to one with a near $3M budget.

This was exciting, but massive growth also presented its own challenges. Although the IWMF has always been an organization that punches above its weight class, we wanted to ensure that we stayed focused on implementing our programs at the highest level, while scaling up our internal systems and processes to handle this massive growth.

The new funding allowed us to create the Anja Niedringhaus Courage in Photojournalism Award, which has given us unique space in the photojournalism arena, where women are perhaps even more woefully underrepresented than in other areas of the news media and significantly under-recognized. As part of a multi-day Hostile Environment and First Aid Training (HEFAT), which all IWMF fellows complete prior to their reporting trips, journalists learn how to transport someone with a broken pelvis.

Another opportunity was the development of the Howard G. Buffett Fund for Women Journalists. Through the Fund, the IWMF is the only organization making direct grants to women journalists to further their projects or careers based on what they want to do, not what a funder or organization wants them to do.  Our ability to build on the conversation throughout the year is key to having the IWMF at the forefront of the ongoing dialogue about how to best support women journalists.

Our international reporting trips across 12 countries in Africa and Latin America play a similar role, both in furthering careers, and in bringing to publication critical underreported narratives. These are fully funding, two-week on-the-ground reporting trips with all of the logistics organized by the IWMF, preceded by comprehensive Hostile Environment and First Aid Training (HEFAT).  These trips are the backbone of the networks that we are building around the world and have resulted in the publication of hundreds of stories. An IWMF African Great Lakes Reporting Initiative fellow conducts an interview in the Democratic Republic of the Congo for a trip focused on civic engagement.

We continue to pursue our groundbreaking research on the Status of Women in the News Media, which is the only report of its kind.  Recognized internationally, it has placed the IWMF at the forefront of the gender equity debate. We also seek to continue to conduct research on attacks and harassment of women journalists, including online harassment, which we perceive as one of the biggest threats to women journalists around the globe, as it is driving them out of the business in large numbers.

Despite our many successes, much more work needs to be done to protect journalists, especially women journalists. We are troubled by frequent reports of journalists wrongfully imprisoned, threatened, and persecuted for their work; we do our best to support those in crisis with our Emergency Fund. Many journalists we work with are harassed by government officials and others who seek to silence them. Too many reporters lack access to legal services that could help ensure their basic human rights and support press freedom. Too many female journalists lack medical and psychological support, and there is not enough recognition around the world or in the United States of the critical role of journalism in a functioning democracy.

We are committed to shine a light on these injustices and empower women journalists with the resources, training, and networks to become leaders in the news industry – and to help ensure the public can benefit from a diversity of voices, stories and perspectives in the news media.

Elisa Lees Muñoz was named Executive Director of IWMF in 2013, she has over 20 years of experience in human rights, freedom of the press, and gender equality issues. Lees Muñoz helped establish the IWMF’s Emergency Fund for Women Journalists, the Howard G. Buffett Fund for Women Journalists and will be expanding IWMF’s work in support of women journalists to Latin America and other areas of the world. Lees Muñoz graduated from the University of Maryland with a master’s degree in International Relations. Before joining the IWMF as Director of Programs, she led the Crimes of War Education Project and before that was an election monitor for the OSCE in the Balkans and monitored the human rights of scientists for the American Association for the Advancement of Science. 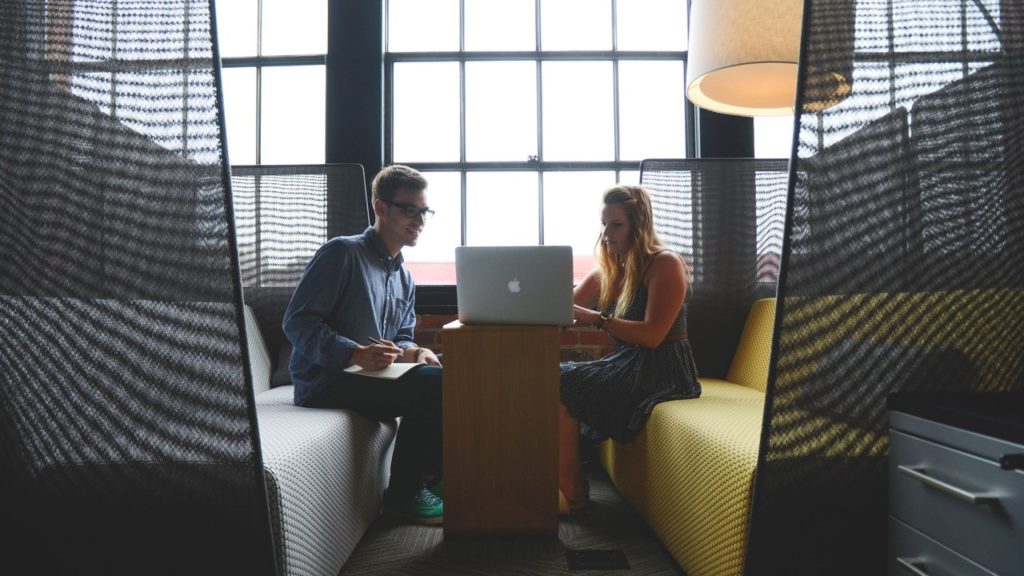 How to Know You’ve Found Your Mentor

FleishmanHillard's Elizabeth Romero offers tips on where to look for making the most of the mentor/mentee relationship for both parties.

Placemaking Through the Performing Arts: A New England Example

Placemaking is a place where “strategic links,” partnerships and creativity come together through performing arts. It’s often a catalyst that opens hearts, minds and doors to social change. 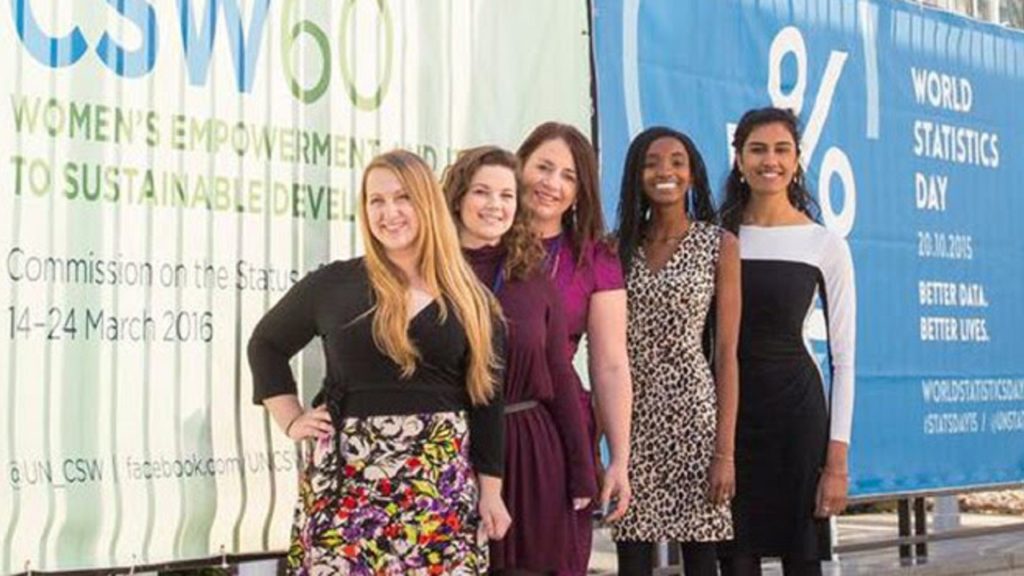