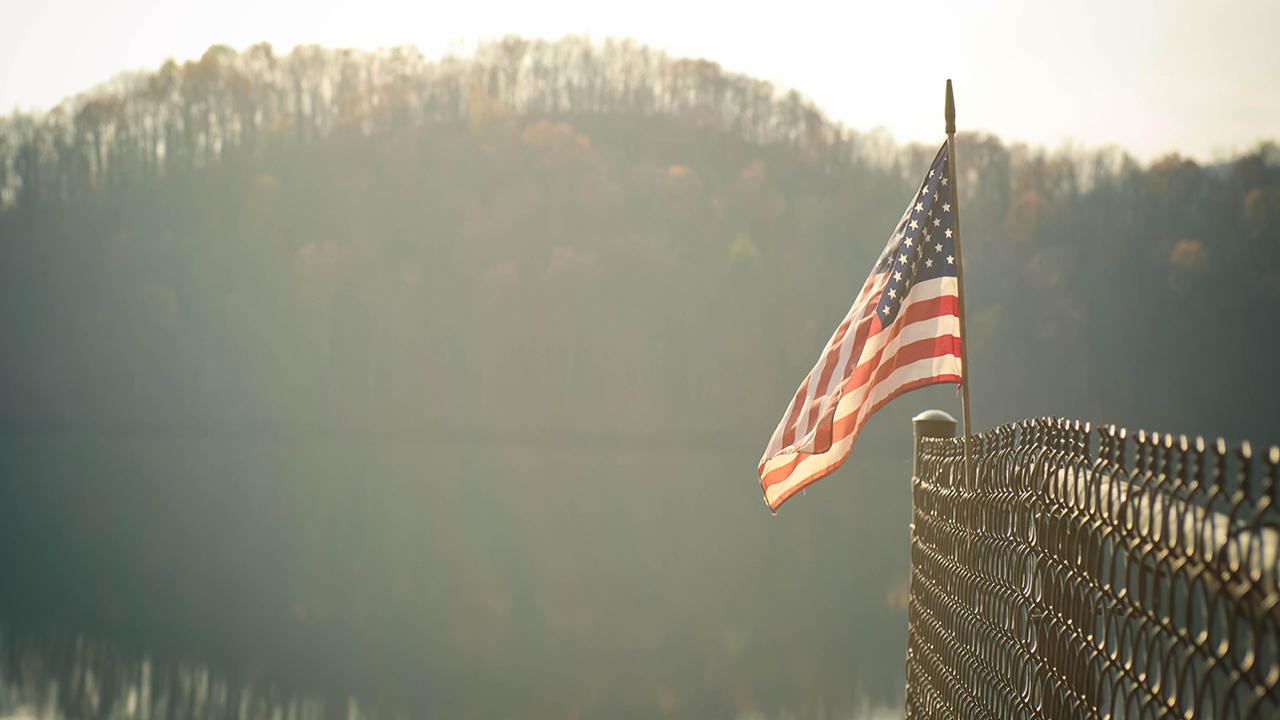 KeyCorp donated approximately $18 million in the form of philanthropy, corporate contributions ,and volunteerism to nonprofits across the nation for each of the past eight years, including $250,000 to Ginn Academy, the first and only all-male public high school in Ohio. The Gordon and Betty Moore Foundation will provide $31 million in research grants during the next four years to uncover a deeper understanding of microbial ecosystems in the sea and their role in supporting the ocean’s food webs and global elemental cycles.

Aiming to strengthen connections among its 2,300-plus member businesses, serve their evolving needs and enhance advocacy for pro-business causes, the Minnesota Chamber of Commerce selected BroadPoint Engage as its new chamber management system. Founder of the Association for Enterprise Opportunity, Robert E. Friedman, was presented with the Founding Vision Award.

Pro football wide receiver Jordy Nelson has been signed to the Jockey Being Family Foundation, Ltd. as an ambassador to raise awareness for the foundation and the need for post-adoption services.

The League of American Orchestras‘ 2016 National Conference will explore “The Richness of Difference,” by offering multiple sessions focusing on diversity and inclusion in orchestras. Five orchestra musicians will receive the League’s New Ford Musician Awards for Excellence in Community Service.

The National Comedy Center will gain its first major artifact donation with George Carlin’s archives which will be donated by his daughter, Kelly Carlin.

On May 18th, Los Angeles Contemporary Exhibitions held their annual fundraiser to support art programming in Hollywood. The event included both a silent and live auctions and a cocktail reception.

Move America Forward participated in the National Big Day of Giving, a day where nonprofits around the country join together and compete to raise money for many inspiring causes. Moving Forward raised $4,764 and were able to climb up the leaderboard in the top half of charities in their region and had the opportunity to qualify for matching funds.

Over the course of three days, Meklit Hadero performed her piece “This Was Made Here: A Diasporic Odyssey” at the Yerba Buena Center for the Arts. Meklit’s work marries the two cultures to create music that transcends culture and dialect.

Marisa Butkiewicz of Hobart, Taylor Duffy of St. John, Noah Scibbe of Crown Point, Jacob Seay of Lake Station, Ally Szakacs of Munster, and Samanta Zapien of Whiting have received full tuition scholarships from Legacy Foundation, Lake County’s community foundation, for four years of study at the Indiana college or university of their choice and a $900 yearly stipend for required books and equipment.

Monsanto, who sponsored the #SpeakAg challenge as a special project of the National FFA Foundation recognized Misty Bivens, of the LaRue County FFA Chapter in Hodgenville, KY. and Trent Van Leuven, of the Mackay FFA Chapter of Mackay, ID. with $1000 grants each.

To combat teen homelessness in NYC, Founder and President of Techie Youth Foundation, Eric David Benari, has teamed with other Information Technology (IT) experts to provide free IT education to any youth of employable age in foster care to reduce homelessness.

The I Could Do Great Things Foundation‘s first annual Beau Biden Memorial Scholarship, named after the former Delaware Attorney General who passed away last year, has awarded the 2016 Scholarship to Sean Dermott of Middletown and Jacob DiSabatino of Wilmington. Dermott, a graduating senior of Cab Calloway School of the Arts, receives the Scholarship’s Gold Award of $10,000; and DiSabatino, a 2016 graduate of St. Mark’s High School, takes the Silver Award of $2,500.

On Saturday, May 14 the Safe OUTside the System (SOS) Collective of the Audre Lorde Project held a celebration and community forum to honor their 10th anniversary at the Lafayette Avenue Presbyterian Church. The SOS Collective is an anti-violence program led by and for Lesbian, Gay, Bisexual, Trans, Two Spirit, and Gender Non-Conforming People of Color in Brooklyn, NY. At this year’s Amgen Tour of California, the Rally Cycling rode eight custom-designed Diamondback Podium bikes that were put up for auction as part of the UnitedHealthcare Children’s Foundation “Ride into Spring” fundraiser. Each rider rode for one child and raised funds for their specific needs.

The Great American NO BULL Challenge has awarded eight short films and PSAs by youth across the country for it’s 2016 NO BULL Challenge. The winners of the eight categories are, Holding On by Spencer Boechler – Documentary of the Year, Attritions the Mission by Cory Miles – College Documentary of the Year, Society by Mariah Ospina – PSA of the Year, A Letter from Above by Carolina Torres – Best Message Documentary, A Walk in my Shoes by Kolton Rice – Best Community Involvement Documentary, Bullying Awareness by Joseph Burrell – Best Message PSA, Blurryface: Dating Violence by Rachel Lin – Best Community Involvement PSA, and #livelifefully Stand Up to a Bully by Parker Varnadoe – People’s Choice Vine.

Boot Campaign’s annual Pushups For Charity initiative kicked off Armed Forces Day on May 21st and will run through Veteran’s Day. The fundraising campaign was created to increase awareness of the challenges military service members and veterans face, and raise funds to support their unique needs.

CFED will offer a webinar on Thursday, June 9 to discuss leveraging the tax moment to build financial capability. This webinar will feature representatives from foundations, government agencies, and practitioners sharing the lessons they’ve learned about tax-time financial capability integration and the questions they’re still trying to answer.

Well Aware will travel with a team of 21 to Kenya May 31-June 15 to oversee and implement and evaluate multiple water projects that will run through the hands of more than 27,500 people. These life-changing clean water projects will be expressed in music and captured in video and photography by some of Austin’s top artists.

With a goal of 1 million “Makeovers for Good” around the world, cosmetic giant Mary Kay joins its independent sales force in providing pampering sessions for women in need through Mary Kay’s Global Day of Beauty. From the U.S. to Kazakhstan to Brazil and China, Mary Kay markets worldwide will participate as the iconic beauty company kicked off the initiative in New York. 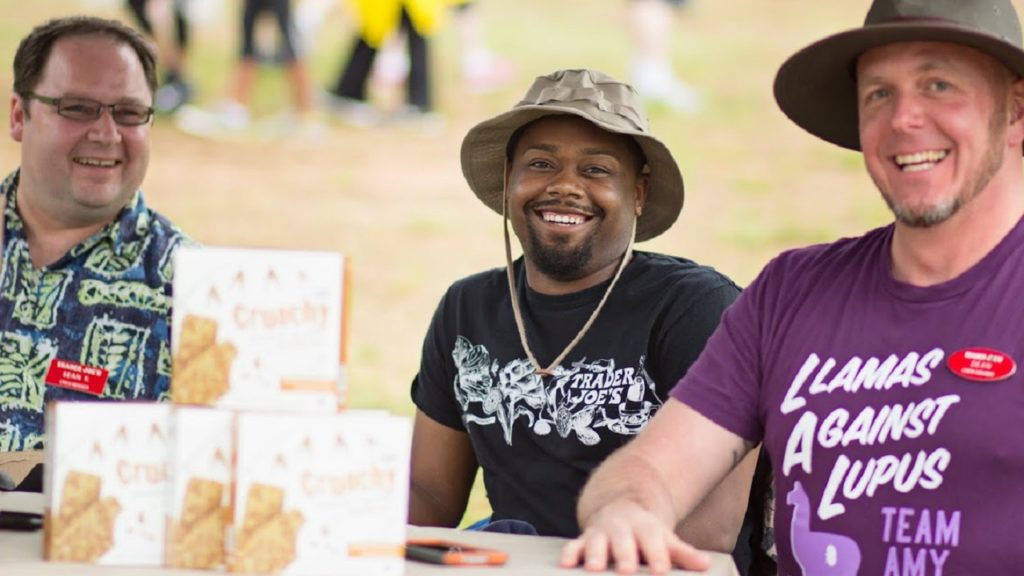 Durham's Partnership for Children received donations of over 3,000 books from Barnes & Noble at Southpoint, Student Action with Farmworkers has released their I Am, I See, I Think, I Wonder documentary, The Lupus Foundation of America NC Chapter will host a Kickoff Rally in support of its 8th Annual Walk to End Lupus Now: Raleigh event, and more. 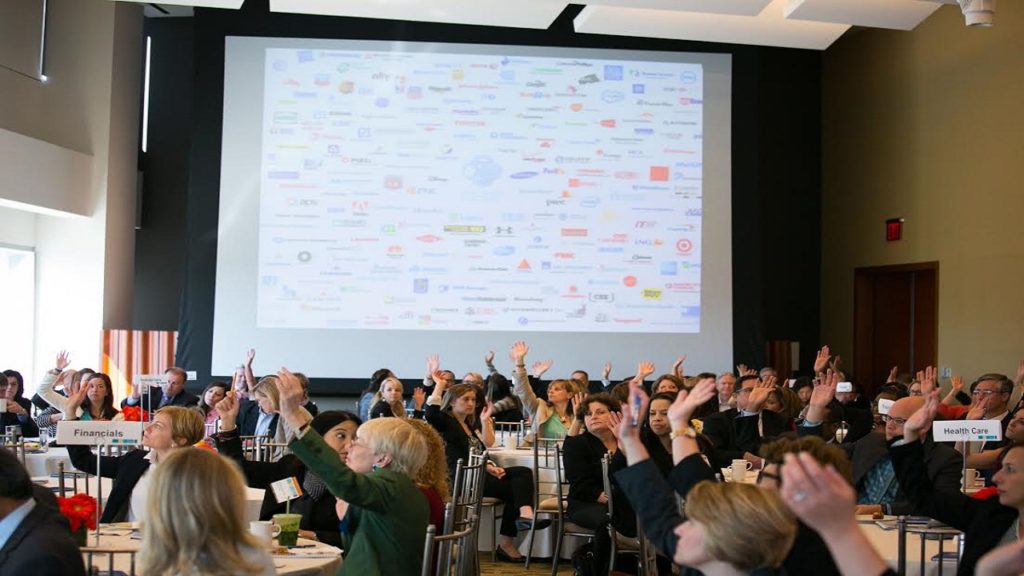 Being a Strategic Partner to Corporations: From Finding a Match for Long-term Relationships

It’s important to consider if relationship development with corporations will lead to a beneficial partnership for both parties. CECP offers some guiding questions on approaching corporate funders and determining if they are a right match for your nonprofit. 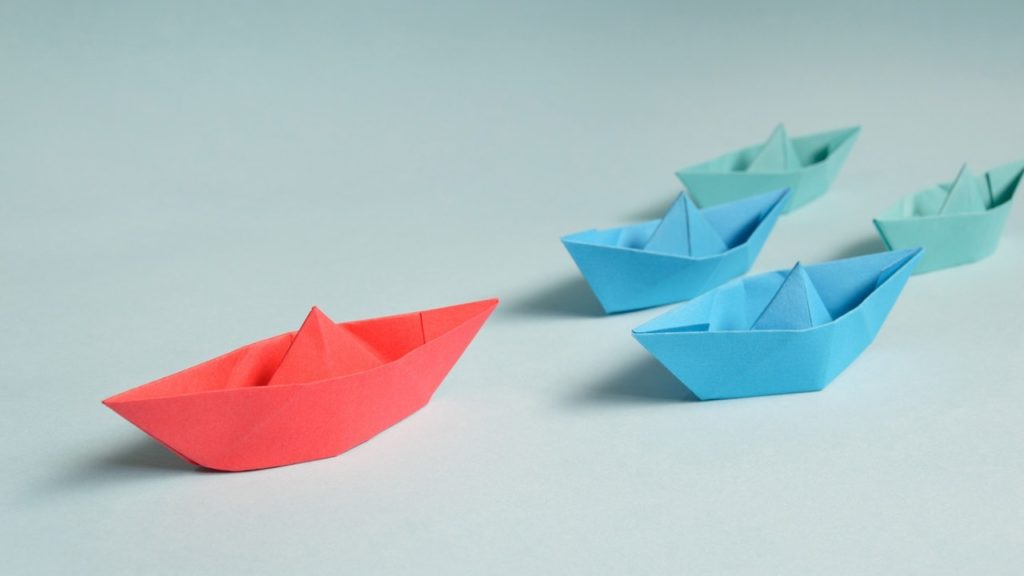 Support for Leadership Development in the Nonprofit Sector

Supporting and investing in leadership development in the nonprofit sector can provide employees with essential tools and soft skills for potential succession into leadership.