Afghans resettling in US struggle to find affordable housing

After fleeing her home in now-Taliban controlled Afghanistan, Mozhgan Entazari did everything she could to find a new one for her family in the sunny, palm tree-lined communities of Southern California. 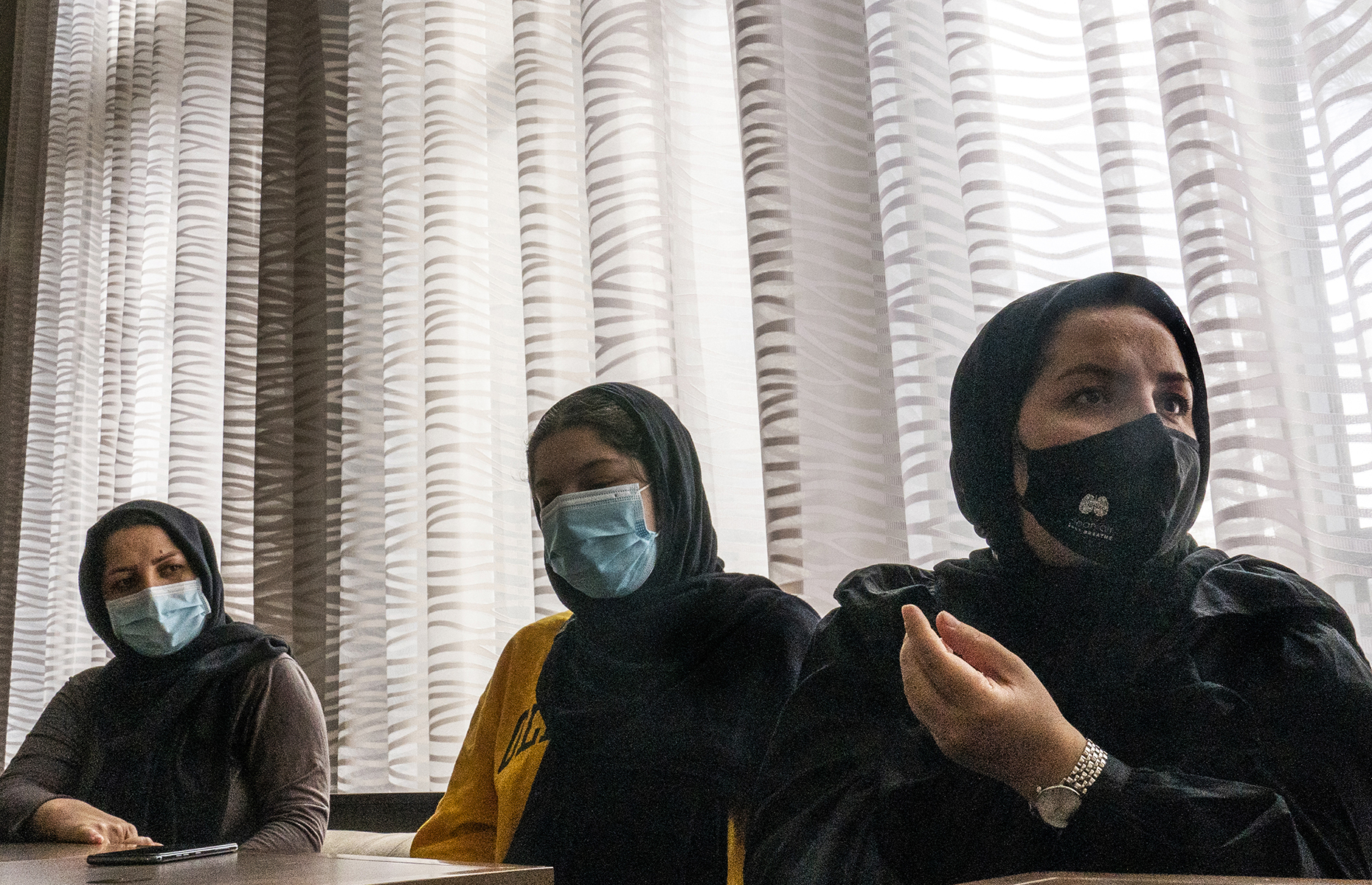 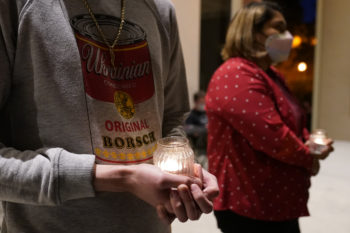 College students and docents gather in an interdenominational prayer at a candlelight vigil in support of Ukraine outside the University of Southern California’s Office of Religious & Spiritual Life on the USC campus in Los Angeles Tuesday, March 1, 2022. (AP Photo/Damian Dovarganes)

IRVINE, Calif. (AP) — After fleeing her home in now-Taliban controlled Afghanistan, Mozhgan Entazari did everything she could to find a new one for her family in the sunny, palm tree-lined communities of Southern California.

The 34-year-old mother of two scoured options on Zillow with her husband, while the family lived at a hotel in Irvine, south of Los Angeles. She spent $200 for an Uber ride to see an apartment 90 minutes away only to find it had been rented.

Entazari needed a place not just for her immediate family but for seven members of her extended family.

In the end, it took four months. On Sunday, they will move into a five-bedroom house in Corona, about 50 miles (80 kilometers) southeast of LA, which is renting for $4,000.

The family’s struggles are emblematic of what tens of thousands of Afghans are finding since they moved off U.S. military bases and into American cities and towns following last summer’s dramatic airlift operation. Many hope to settle in Southern California and the Washington, D.C., area, where Afghans previously established vibrant communities with Halal grocery stores and mosques.

But these communities also are among the country’s priciest housing markets, and units, especially those suitable for often larger Afghan families, are in short supply. Resettlement agencies report it’s taking longer to get refugees out of temporary housing like hotels, Airbnbs and churches.

Entazari will share a roof with her husband and kids, along with her mother, teen sister and her brother and his family. 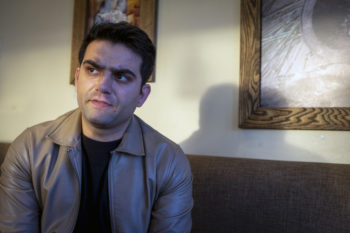 Afghan refugee Ahmad Saeed Totakhail during an interview in Dale City, Va., Wednesday, Feb. 16, 2022. Totakhail is one of numerous Afghan refugees who has settled in northern Virginia and says the readymade network of support in the local Afghan community makes it a great place to be despite the high cost of housing. (AP Photo/Cliff Owen)

Without a job, credit history or co-signer, she said it was incredibly difficult to find housing. And without an address, she said she and her husband couldn’t get jobs and her kids couldn’t enroll in school.

“All our life depends on housing,” Entazari said in Farsi through a volunteer interpreter.

They had to pay two months of rent to move in, and are getting help from an organization that will fund a portion of the monthly rent until next year.

The search for housing for Afghans comes amid a tightening housing market as the U.S. crawls out of the pandemic. The nationwide vacancy rate for rental units dropped about one percentage point, to 5.6%, in the last quarter of 2020, according to recently released U.S. Census data. The typical U.S. rent was up nearly 16% to more than $1,850 in January compared to last January, according to the online real estate marketplace Zillow, which launched an effort in November to help connect landlords with newly arrived Afghans.

In northern Virginia, Ahmad Saeed Totakhail was lucky to find permanent housing in Dale City, a suburb about 25 miles (40 kilometers) south of Washington.

His sister, who housed him until he got a place of his own, lives there. He was hired to work in nearby Arlington, by the same nonprofit that employed him in Kabul.

The area’s stunning mosques and plentiful Afghan eateries have softened the blow of leaving his homeland. But he was shocked by the high price for his family’s safe haven — $2,000 a month for rent.

“It’s quite expensive,” he said. “I have friends here. I have my relatives here. But we never discussed the economics.”

About half of all Afghan immigrants to the United States, many who came decades ago, live in five major metropolitan areas — Washington, Sacramento, California, San Francisco, New York and Los Angeles, according to the Migration Policy Institute. As a result, these areas are often attractive for Afghan newcomers, and many list the names of relatives or acquaintances already living there as contacts when resettlement agencies are considering where to send them.

But with some 76,000 Afghans arriving in the United States since the Taliban takeover of their country last year, many of these cities are reaching their saturation point, said Krish O’Mara Vignarajah, president and CEO of the Lutheran Immigration Refugee Service.

The resettlement agency has teamed with Airbnb to provide temporary housing while talking to property management companies to find a more permanent solution. They’ve opened offices in more affordable markets to meet the housing demand. But the places also must have a robust job market and institutions and businesses that support Afghan families, such as mosques and Halal markets, she said.

The U.S. State Department says it doesn’t track how many of the Afghans are in temporary accommodations. The top states for Afghans arriving following the Taliban takeover are Texas (nearly 10,500); California (over 8,200), Virginia (over 5,100) and Washington (over 2,800), according to State Department data.

Near the nation’s capital, Lutheran Social Services has helped settle more than 4,000 Afghans since last summer. For many, the benefits of a community that is like “a second Kabul” outweigh the high housing costs, said Zabi, a housing coordinator for LSS and relatively recent refugee from Afghanistan who asked to be identified by his nickname because he still has family who could be targeted there because of his prior work with the U.S. military.

Zabi is working to convince area landlords and property owners that Afghan refugees are worth granting some leeway.

“They’re gonna pay their rent, that’s for sure,” he said, adding many find employment quickly, with help from the agency and the existing Afghan community.

In Newburyport, Massachusetts, churches opened their doors to temporarily house four Afghan families. The Rev. Jarred Mercer said helping them set down permanent roots is daunting given the high cost of living in the largely white, affluent community near the New Hampshire state line.

He and another pastor are working with city officials and hope to bring local property owners and nonprofits on board to help tackle the housing question. In the meantime, they’ve raised funds and formed volunteer committees to coordinate everything from teaching English classes to driving the families around town.

“They’re getting more and more entrenched in town, especially the children, and it would just be more trauma to uproot them and start the whole process over again,” Mercer said.

That already happened to several Afghan families who were asked to try a new location after searching for months for a home in Southern California, said Sonik Sadozai, a volunteer with Afghan Refugee Relief.

Sadozai, who came to the country as a refugee four decades ago from Afghanistan, said she’s been doing this work for years and never faced so many hurdles.

She said she was able to help Entazari and her family move out of the Irvine hotel partly because of luck: An Afghan man she had helped find housing four years ago reached out to her about a Syrian friend who had a house for rent.

But she worries she won’t be so lucky with the more than 100 other Afghan families she is helping in their search.

Many landlords walloped by the pandemic are asking for the first two months and last two months of rent up front — a tall order for arriving families, especially those needing larger units, she said. 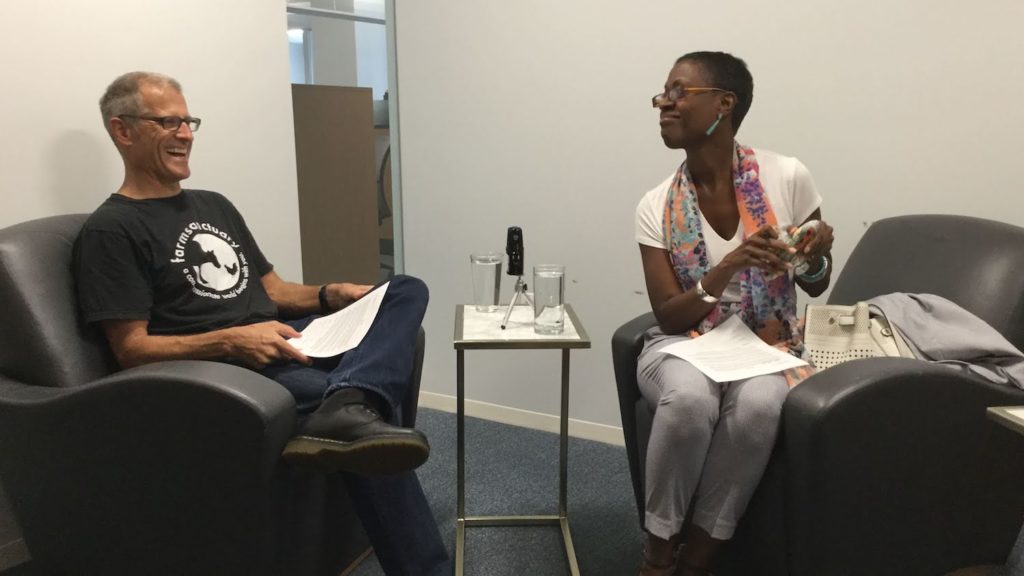 Development professionals Alyson Stoffer and Beth Briggs discuss the importance of investing in and elevating the nonprofit sector.

We’ll Be Back Soon!

As we say goodbye to our Multimedia Producer, David, we're saying hello to a new production team. Stay tuned for more from TNE!